Recently, while addressing the news about California’s voters overwhelmingly supporting the Three Strikes Reform Act of 2012, Prop 36, one district attorney stated that there are about 250 people from Kern County who are eligible for resentencing under Prop 36. And it is her job to make sure that none of them are released. That sentiment is shared by other district attorneys and judges throughout the state. 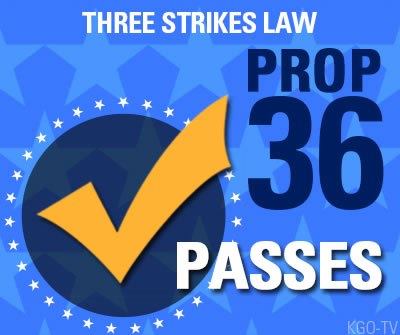 Beginning in late November 2012, after attending a meeting hosted by the Stanford Law School, the FACTS (Families to Amend California’s Three Strikes) organization circulated a document entitled “Prop 36: Information on the Resentencing Process,” which noted, in part: “MOST IMPORTANT: Please do not file anything on your own. This cannot be stressed enough. There is nothing written into the initiative that allows for people to have multiple attempts for resentencing. Therefore, it is extremely crucial that the right process is followed the first time.”

This author agrees with that “IMPORTANT” notice. However, for many Strikers, that information is akin to closing the barn door after the animals have escaped. It’s too late! For various reasons – e.g., public defenders refuse to assist anyone they did not represent during sentencing – many Strikers have already submitted documents.

Statutory remedy: Prop 36 added Section 1170.126 to the Penal Code. That is a “statutory remedy” for eligible Strikers. To be statutorily eligible, you must presently be serving an indeterminate term of life imprisonment under the Three Strikes law; your third strike must be nonviolent, nonserious, nonsexual; and your current and prior strikes cannot be on the initiative’s exclusion list.

If you are statutorily eligible, you “may file a petition for a recall of sentence, within two years.” A “petition for a recall of sentence” is an advanced legal pleading, which should only be prepared by qualified individuals. There is no official form. Next, on a case-by-case basis, a Superior Court judge must determine that you will not pose an “unreasonable risk of danger to public safety” before resentencing can occur. Thus, a fatally flawed petition will be problematic for a subsequent appeal.

Habeas corpus petitions: Consequently, several Strikers improperly submitted petitions for writ of habeas corpus forms. This must be corrected. Some courts sent the forms to public defenders, and other courts have denied the petitions “with prejudice.” As noted by one court, “Habeas corpus may not be invoked where a statutory remedy is available. (In re Clark (1993) 5 Cal.4th 750, 764, fn.3.) Accordingly, the petitioner’s remedy does not lie in habeas corpus, and the petition is denied.”

Protect your interests on appeal: Under the “collateral estoppel doctrine,” which is applicable to criminal cases, “When an Issue of ultimate fact has been determined by a valid judgment, that issue cannot be again litigated between the same parties in future litigation” (Black’s Law Dictionary). Thus, you get one chance to appeal.

Even when one has done everything correctly, your petition may still be denied without justification. For instance, without exaggeration, this author could be a posterchild for rehabilitation under Prop 36, and my court documents were prepared exceptionally well. However, without any input from a district attorney, without a hearing and without a statement of reasons, a L.A. Superior Court judge’s minute order noted: “The court has read and considered the motion filed by the defendant on 11.16.12 for various items. The court finds no justification and the motion is denied.”

On Dec. 6, an attorney with the California Appellate Project notified this author: “Although it is too soon to tell what the courts will say, my guess is that you are correct that the court’s order denying your request for relief under Prop 36 is appealable. Penal Code section 1237(b) allows a defendant to appeal from ‘any order made after judgment affecting the substantial rights of the party.’ The denial of your request for relief seems to fit that definition. So, you should file a notice of appeal from the court’s ruling as soon as possible. I have enclosed a form that you can use.”

Appeal for hearing on California prisoners to the Inter-American Commission on Human Rights, Organization of American States

Last minute appeal from death row: Vote No on 34 to protect our due process rights

Prisoners tell the world about the horrors of California prison isolation