A generation before the Civil Rights Movement captured the attention of the nation and members of SNCC (the Student Non-Violent Coordinating Committee) spread throughout the South agitating for civil and voting rights, another SNCC, this time the Southern Negro Youth Congress, spread throughout the South, organized tobacco workers into unions, agitated for voting rights, educated oppressed populations to the rights of women and spread the word of struggles by workers in colonized countries among Southern industrial workers.

Esther Cooper Jackson, born in Arlington, Virginia, graduated from Ohio’s Oberlin College, received her MA degree in sociology from Fisk University, then remarkably turned down a scholarship offer to Chicago University to earn a PhD to relocate to Birmingham, Ala., where she became the organizational secretary for SNYC.

For seven years as a prominent leader of SNYC, Jackson worked with her husband, James Jackson, a prominent labor organizer and Marxist theoretician, Louis and Dorothy Burnham, Ed Strong, Sallye and Frank Davis – parents of the Davis sisters, Angela and Fania – and numerous others, conducting many campaigns promoting the rights of Blacks and poor whites. SNYC’s agitation for the integration of the public transportation systems was typical of the work it did tilling the Southern soil in what became important preparation for the struggles that lay ahead in the 1950s and 1960s.

In 1945 Jackson attended a conference of the World Federation of Democratic Youth in London. There she met W.E.B. DuBois, for the first time. He was in London attending the Fifth Pan Africa Conference. Dubois and Jackson remained lifelong friends. 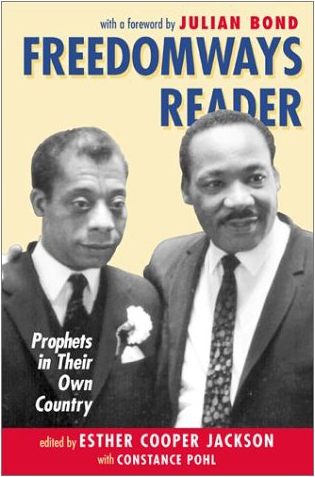 From London, Jackson joined a women’s brigade of Democratic Youth that traveled to Stalingrad to help rebuild the city. She was assigned to work with a brick mason and hauled bricks to him as he rebuilt an apartment house. She remained there working for several months.

In 1961 Esther Jackson, along with Louis Burnham, Jack O’Dell from the Southern Christian Leadership Conference, writer Lorraine Hansberry and others founded Freedomways magazine, perhaps the most notable publication of its time, that featured the voices of the civil rights and national liberation movements. She remained the managing editor of Freedomways until 1985.

Today Esther Jackson lives not so quietly in New York City attending events and functions as her 96 years allow.