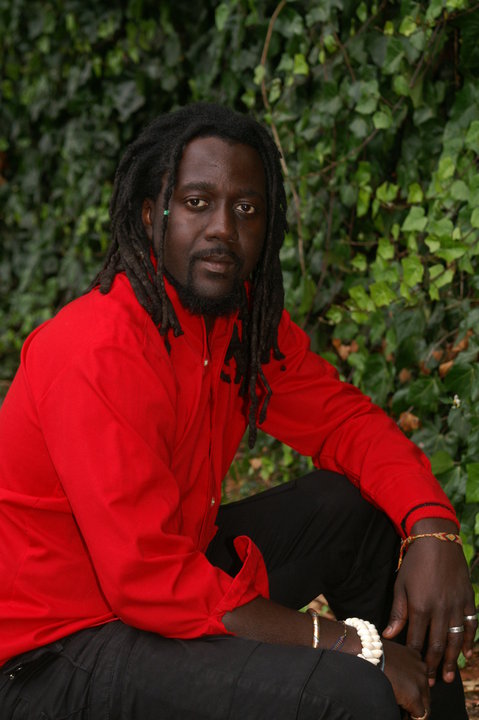 AshEl is a food-based activist who has been heightening consciousness for years in the Bay about what we put in our bodies. He has done it through a variety of ways that include music, videos, speaking on panels dressed like Morpheus from the Matrix and more.

Although that last line was a joke, what Ash is on the frontlines of battling is no joke: Black people’s lives are being unnecessarily shortened because of what we are ingesting. A fatal case of diabetes can easily be acquired from poor eating habits and no exercise, mixed with no healthcare. In most cases that will equal dead people, and the Black community is plagued with preventable diabetes.

We have to use everything that we have to inform and educate our people about how our body works – young people especially. I salute AshEl on his valiant quest to keep us in the know about how these corporations are trying to kill us from the inside out. Check AshEl in his own words …

M.O.I. JR: Can you tell me about your new video wit’ Stic of dead prez? Why is food a topic that you felt needed to be discussed?

Ash: We feel the greatest hope for fundamental change starts with the foundation for the future – our youth – so the “Food Fight” team combined music and film with a school curriculum to help teachers engage students on the most pressing issues we face – in a unique way.

The flaws of our global economy are best exposed by looking at our food system – soil-depleting and oil-depleting factory farming, economic policies that contribute to starvation abroad and disease and obesity at home, all packaged with a marketing campaign to enforce the “buy first, ask never” social contract. Just buy what they say to buy and eat and shut up.

If we care about our kids, ourselves and our planet, it’s time to expose the truth on a broader scale and hope enough Food Fighters step up to make the changes we need.

I salute AshEl on his valiant quest to keep us in the know about how these corporations are trying to kill us from the inside out.

The story: “Food Fight” follows a kid on a journey through his homicidal food reality. The local corner store is killing his neighborhood – literally. From a Morpheus-like guide, he learns the reality behind the food he’s buying and must decide to take the Orange Carrot Pill or the Red Bull Pill.

Earth Amplified and New Message Media are proud to announce the launch of a comedic musical video called “Food Fight” and the accompanying school curriculum, designed to teach teens online and in the classroom about the realities of our food system. Watch and share!

M.O.I. JR: Did you record this song for an album? What effect do you want it to have?

Ash: The album concept came first after working at Green For All and organizing around the country. I thought that the movement needed a Green Album so I took an authentic look at it with hip-hop and got to work with my crew.

The beat was first. I heard it and thought “this is gangsta.” I felt like it needed something dark over it. So I stayed up late a couple nights in Brooklyn at my fellow Earth Amplified PNC, JBless, and looked at a video called “The World According to Monsanto.” I started to realize that the FDA and Monsanto, which made Agent Orange, were really some gangstas and the hood should call out their set.

My grandmother passed away from diabetes. So I know first hand how the hood is in trouble when it comes to the food scraps that are left from “massa’s” table – which is now the “taki” chips and the sodas etc., cheap “food products” that are causing heart disease, diabetes and obesity.

If we don’t have out health, we don’t have our wealth. I wanted to hit the hip-hop community hard with this one, and hip-hop was the perfect medium to do it in anyways because hip-hip is so in your face and real anyways. No nursery rhyme shit would do to really wake heads up and hold people’s attention. 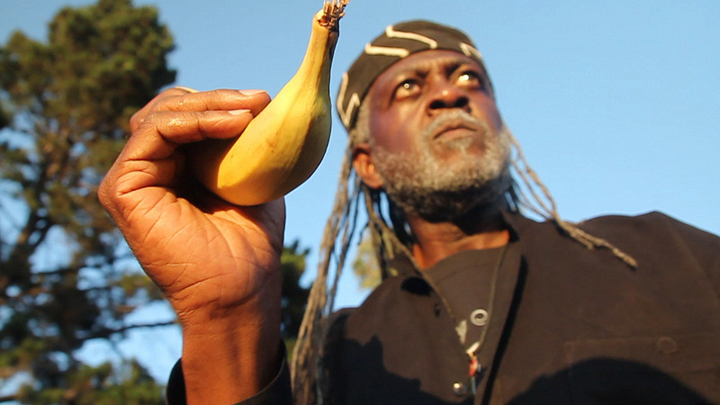 Ash: I had already got Stic. on “Global WarNing.” And actually I was trying to get KRS-One on this one, but it didn’t work out. So I called Stic, and he was like let’s do it! So I sent the track and an hour or less later, he sent his verse. Smashed it.

M.O.I. JR: Who wrote the video? How long did it take to come up with the concept?

Ash: Ben Zolno from New Message Media, who also directed “Plastic State of Mind” that I starred in. He’s a quick and skilled videographer and director. I came up with the Morpheus idea and a few other ideas, but Ben really wrote the story board and fleshed out my ideas. Took maybe a few weeks of back and forth. Ultimately, because of our busy lives, it took two years to complete. I had a baby and a break-up in that period.

M.O.I. JR: Can you tell us a little bit about your non-profit?

Ash: SOSjuice.com is a solar-powered for-profit/non-profit hybrid that will sell juice, smoothies and compost in order to improve health, promote sustainable agriculture, and create green jobs for low-income youth and formerly incarcerated individuals.

SOS Juice, in which the SOS stands for “System out of Our System,” is a monthly food justice and health equity event inspired by Occupy, the Black Panthers’ free breakfast program, and Indigenous wisdom and sacred ceremony.

These events have been powerful and have featured acclaimed artists and national speakers. However, I saw that in order for a deeper healing and transformation to happen, SOS Juice had to become a bigger ongoing business model that could provide jobs AND access to a healthier lifestyle.

These realizations prompted us to go into business. SOS Juice is for everyone with a stomach. Customers will not only improve their own health, getting a good dose of their daily requirements of fruit and veggies in a cup, but also improve the health of communities impacted by poverty and the lack of access to healthy food and education by buying juice and smoothies via farmers markets and food trucks.

SOS Juice will also support the waste reduction of existing food businesses, by participating in both the creation and networking of existing commercial kitchens focused on food recovery, food processing and distribution.

Ash: Food justice? Well I’ve been a vegetarian since I was 19 or 20, so about 12 or 13 years. In terms of the work, I have Panthas and Preachers in my family, so we about that life. I worked with Alli Starr first at Van’s Ella Baker Center and then went over to Green for All, then Alliance for Climate Education. So I was involved in organizing.

Getting the ‘System Out of our System’: an interview wit’ AshEl Seasunz