The inclusion of Assata Shakur, a former member of the Black Liberation Army, on the FBI’s 10 Most Wanted Terrorists list last month – marking 29 years since her liberation from a New Jersey maximum security prison in 1979 by members of the Black Liberation Army – while aimed at Cuba’s leadership should also be interpreted as a shot across the bow of any internal revolutionary movement or revolutionary activists in the United States who dare challenge empire’s march across the planet. 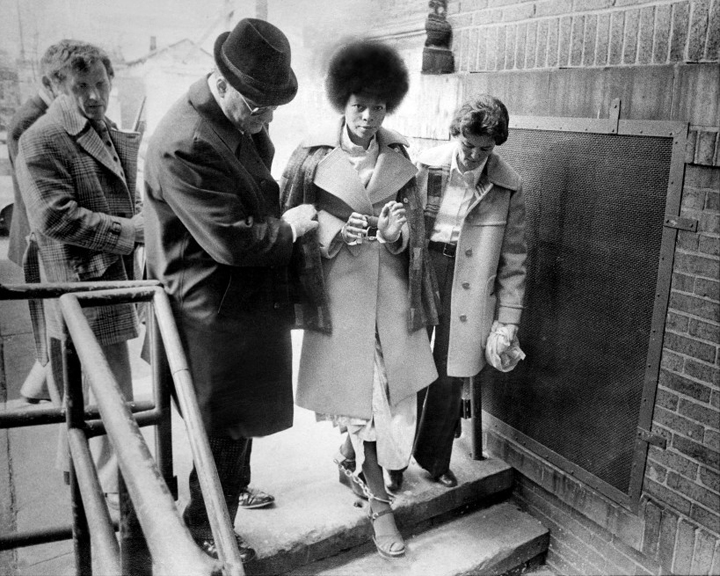 There is irony in the world’s largest terrorist state, the United States, and its Gestapo domestic police agency, the FBI, placing Assata Shakur on its 10 Most Wanted Terrorists List. First, Assata Shakur is no terrorist; she is a freedom fighter and dedicated activist who emerged from the Black community.

As a young woman she joined the Black Panther Party in the late 1960s and participated in its community service programs such as the free breakfast program for poor Black youth as well as other programs aimed at ending drug addiction amongst women. She embraced the Panther’s 10 Point Program that demanded Black people have complete control over their/our communities, free from a corrupt government’s interference and free from police forces that occupy Black communities as if they were enemy territory.

She watched in horror and then rage as the FBI, in concert with local law enforcement agencies, responded to the Panthers’ revolutionary program with state sponsored terrorism by framing, falsely arresting, imprisoning, wiretapping and even murdering Black Panther members across the country in a state sponsored counter intelligence program that specifically targeted the Panthers community activism.

This counter intelligence program was called COINTELPRO and we know it existed and we know that it targeted the Panthers’ community activism because we have the FBI’s own documents targeting the Panthers’ community work. In one memo, J. Edgar Hoover, the late director of the FBI, chastises a FBI agent who questioned why the FBI should be disrupting and harassing Panther members involved in legal community work that is widely supported by the Black community. In a scathing response, Hoover states to the FBI special agent in charge in San Francisco May 27,1969:

“You state that the Bureau under the Counter Intelligence Program should not attack programs of community interest such as the Black Panther Party Breakfast for Children. You state this is because many prominent humanitarians, both white and Black, are interested in the program as well as churches which are actively supporting it.

“You have obviously missed the point … You must recognize that one of our primary aims in counterintelligence as it concerns the [Black Panther] Party is to keep this group isolated from the moderate Black and white community which may support it. This is most emphatically pointed out in their Breakfast for Children Program, where they are actively soliciting and receiving support from uniformed white and moderate blacks.”

This is the environment of state repression Assata Shakur existed in as a young woman who joined the Panthers to address the needs of her community that the government wasn’t addressing. Within the two-year period of Assata Shakur’s membership in the Panthers, over 28 Panthers were killed around the country in suspicious confrontations with police and hundreds if not thousands were arrested on false charges.

Assata Shakur is no terrorist; she is a freedom fighter and dedicated activist who emerged from the Black community.

Faced with this repression, Assata Shakur did what any sane person would do when faced with death or false imprisonment by a government bent on destroying, by any means necessary, the movement she belonged to. She was forced to go underground and helped build the Black Liberation Army (BLA), an armed revolutionary movement committed to defending itself and the Black community against an all out war declared on militant Black revolutionary activists and movements. The creation of the BLA was the logical and natural response by activists who faced a government onslaught of repression and assassination. In Assata Shakur’s own words:

“The idea came about because Black people are not free or equal in this country. Because 90 percent of the men and women in this country’s prisons are Black and Third World. Because 10-year-old children are shot down in our streets. Because dope has saturated our communities, preying on the disillusionment and frustration of our children.

“The concept of the BLA arose because of the political, social and economic oppression of Black people in this country. And where there is oppression, there will be resistance,” writes Assata Shakur in “Assata Shakur: An Autobiography.”

So, we can dispense with the nonsense of Assata Shakur being a terrorist! If anyone is a terrorist, it is the agents who were responsible for a campaign of assassinations, false imprisonment, illegal wiretaps and a host of other illegal acts that emerged from COINTELPRO. Assata Shakur is a freedom fighter!

Next, let’s make it clear that Assata Shakur is no fugitive from the law or justice, because in order to be a fugitive one has to be in flight or violation of a government and criminal justice system that possesses legitimacy. The charges, conviction and sentence Assata Shakur was subjected to were the results of the illegal COINTELPRO campaign the FBI launched against members of the Black Panther Party and other militant revolutionary Black movements.

“And where there is oppression, there will be resistance.”

So excessive were the illegal violations of COINTELPRO, the United States Senate was forced to convene a Senate hearing (Church Commission) in 1975 to rein in and expose the FBI’s illegal conduct and secret campaign against the Black Liberation Movement. If it is a fact that Assata Shakur was the victim of the FBI’s illegal COINTELPRO tactics based on her membership and activism in the Black Panther Party, the United States government possesses absolutely no legitimacy to declare Assata Shakur a fugitive nor attempt to apprehend her!

The real reason the government wants Assata Shakur has nothing to do with her unjustified conviction for allegedly murdering a New Jersey state trooper and everything to do with the government not letting go of the fact that after Assata Shakur was sentenced to spend the rest of her life in prison in 1975, in 1979 her comrades in the Black Liberation Army broke into the prison, liberated her and successfully spirited her off to Cuba where she was granted political asylum by the Cuban government.

Assata Shakur represents a symbol of militant Black resistance that challenged and humiliated the United States government for its repressive and indifferent policies towards the Black community. Assata Shakur is uncompromising in her beliefs and continues to represent and carry the legacy of the Black Liberation Movement.

Her freedom keeps alive the memory of her imprisoned and martyred comrades from the Black Liberation Army. It must drive the FBI and New Jersey law enforcement crazy that she is beyond the grasp of Imperial America, yet only 90 miles from its borders in revolutionary Cuba.

For those of us who embrace the legacy of the Black Liberation Movement, this latest move against our sister Assata Shakur is a potent reminder that, because there is no longer a militant Black underground that can inflict consequences, the FBI can add Assata to the FBI’s Top 10 Most Wanted Terrorists List and the state of New Jersey can double its “bounty” on Assata’s head to $2 million without repercussions. This is something for us to ponder.

And lest someone should think the BLA is passé or a relic from another era, just read over Assata’s above statement on the conditions that gave birth to the BLA and you’ll see that we are confronted with the same conditions today – even with a Black president. It should also be hoped that Assata’s inclusion on the FBI’s Top 10 Most Wanted Terrorist List draws attention back to Assata Shakur’s case and galvanizes opposition to the government’s attempt to capture her. 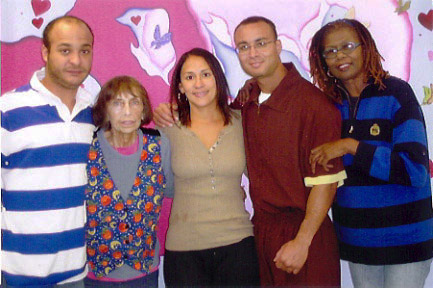 We should also use this as an opportunity to educate the youth and community about Assata and the legacy of the BLA, as well as the illegal COINTELPRO program and the countless political prisoners languishing in prison for decades because of its abuses.

Assata Shakur on the other hand will be all right, Assata descends from a long line of Black women who have stood up to and confronted state repression. Her example and actions stand in the company of Harriet Tubman, Ida B. Wells, Rosa Parks, Maya Angelou, Kathleen Cleaver, Angela Davis and other Black women who have stood the storm of racism and oppression in White America.

In addition, Assata Shakur draws on the legacy and example of our enslaved ancestors who escaped the plantation and took to the mountains and swamps of the New World as maroons, dodging and fighting slave hunters and U.S. federal marshals paid by white slave owners to hunt them down and deliver them in chains back to the plantation.

Assata ain’t coming back to the plantation and we should do everything possible to ensure that she doesn’t. For if Malcolm X was, in the words of the late Ossie Davis, “our Black Prince, a shining example of Manhood,” then Assata Shakur is our “Black Queen, a shining example of Black Womanhood.”