As a representative of the Pelican Bay SHU hunger strikes in 2011 and a signatory on the “Agreement to End Hostilities,” I have not written any articles for publication except a few pieces related to the hunger strikes posted on the internet. The reason being I felt our Brotha and the other three main representatives were articulating our peaceful nonviolent united fight to expose and end our torture, inhumane conditions and decades of indefinite long-term solitary confinement. I did not want to occupy more space saying the same things. 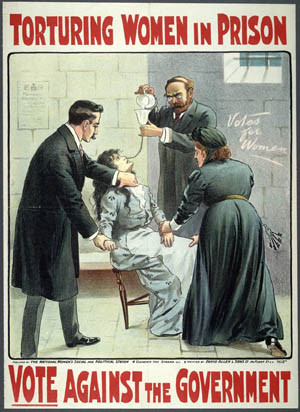 The main four representatives have also expressed our collective love and respect to all the unbroken prisoners who have volunteered to join this long-awaited united front with the peaceful nonviolent hunger strikes, including our humble respect for those prisoners who weren’t able to partake because of serious life-threatening health issues and still refused to accept some food trays in showing their solidarity to end this abuse.

They have also extended a heartfelt “thank you” beyond the walls to all our supporters in California and around the United States.

Although my personal condolence along with our brothas and other hunger strike comrades within my unit to the families has never been printed on the fallen hunger strike comrades’ deaths, our expression of condolence has never been in silence. But we speak with a united voice. Those deaths could have been prevented. But this is a reminder of these diabolical beasts we are dealing with who do not see us as human beings, but as caged-up animals.

These deaths of our fallen comrades has made us more enraged, more determined to let the outside communities and people all over the world to really see the faces behind the racism, racist policies and blatant abuse of power hidden behind CDCR titles.

Enough is enough. We are tired of CDCR officials, CCPOA, IGI, ISU and SSU continuing all this manipulation, deception with word games, lying to politicians to secure funding, lying to the media and the public in order to cover up the truth. The outcome of the two hunger strikes only exposed a little of their lies but enough to shock the world.

It’s an insult that it took two hunger strikes for CDCR officials to give us these small token trinkets that we should’ve had years ago. These things were only given because CDCR could not answer the questions from the outside communities about what provoked this massive hunger strike in California and around the United States.

The people on the outside were shocked and in disbelief when reading our core demands to find human beings were living in Pelican Bay supermax under the deplorable conditions exposed.

Suddenly, with the spotlight on CDCR officials, they claim our demands were reasonable, yet they are not meeting all our demands. During these ordeals CDCR officials have lied to the media, publicly stating hunger strikes are not the correct approach for presenting our grievances.

Enough is enough. We are tired of CDCR officials, CCPOA, IGI, ISU and SSU continuing all this manipulation, deception with word games, lying to politicians to secure funding, lying to the media and the public in order to cover up the truth. The outcome of the two hunger strikes only exposed a little of their lies but enough to shock the world.

What they did not tell the media and public, nor politicians, is that we prisoners filed many inmate 602 appeal grievances for years seeking these things and an end to the torture and inhumane conditions, only to have Pelican Bay officials and CDCR officials deny our grievances as meritless.

CDCR officials, in response to the attention and embarrassment they experienced because of the hunger strikes, quickly rushed to politicians for funding to implement another repressive structure called STG (security threat group, i.e., gang) and a step down pilot program to give the illusion they are trying to make changes and improve conditions.

Recently on April 18, 2013, in our class action lawsuit, federal District Judge Claudia Wilken, in a written order denying CDCR officials’ motion to dismiss our lawsuit, stated 1) CDCR cannot establish that the STG/SDP pilot program will irrevocably eradicate the effects of plaintiffs’ alleged violations; and 2) CDCR’s request to stay plaintiffs’ class action until the STG program has been fully implemented would prejudice plaintiffs by delaying the case unduly.

We’ve been called the “worst of the worst” throughout our confinement here and hunger strikes, but Judge Wilken noted that the CDCR SDP pilot program already found a lot of people were in the SHU who should not have been. That’s why CDCR officials et al. started with validated associates (rather than gang “members”) first, in hopes their motion to dismiss would be granted or their request for a stay to clean up their dirt.

Had they started reviewing and processing the validated members first, the public and the media would have seen hundreds of validated members who have spent decades in the SHU immediately released, justifying the peaceful nonviolent hunger strikes that brought us some major relief and total shame and disgrace to CDCR officials.

We’ve been called the “worst of the worst” throughout our confinement here and hunger strikes, but Judge Wilken noted that the CDCR SDP pilot program already found a lot of people were in the SHU who should not have been.

These prisoners are grown men who are free to make their own choices whether to eat or not to eat, whether to participate in the SDP or sign the contract. Not one of those prisoners could ever be viewed in a negative light. It’s an insult upon us when CDCR officials make these false accusations to attempt to save face in the court of public opinion.

We feel it’s time to turn up the heat, so we are taking a scripture from the W.O.N. to rally that level of support.

Another truth that is secretly whispered to many of us prisoners: some CDCR officials, guards and other employees expressing to us prisoners they think we should be released from the SHU and/or our demands are reasonable and agree with them, yet they aren’t bold enough to openly state these words, and as prisoners we understand and know why.

However, the scripture says we are not going to be silent. The united front in these two peaceful, nonviolent protests has proven to be warranted and justified.

I have talked with some prisoners who have expressed they do not want to do another hunger strike, including myself. But it’s obvious CDCR officials wish to force a hunger strike.

What I have also heard, as well as other prisoners, is certain correctional supervisors and employees speaking confidentially, stating if we prisoners really want CDCR headquarters to meet our demands, force-feeding tubes would do it.

I guess correctional employees are really pissed off and upset with their own job cuts, pay cuts and whatever else, thinking force-feeding tubes would benefit them. I guess many of them do believe our demands are reasonable and we should be released from the SHU.

“Nothing can be solved if it can’t be faced.” – James Baldwin