On Jan. 29, 2013, I wrote an article called “The Lying Game: CDCR, Inc.” I wrote this article because I wanted the public, our legal team and mediation team and anyone else who’s willing to listen to know that it is not the prisoners who are lying; instead, it is the prison officials at the very top who are doing all the lying. 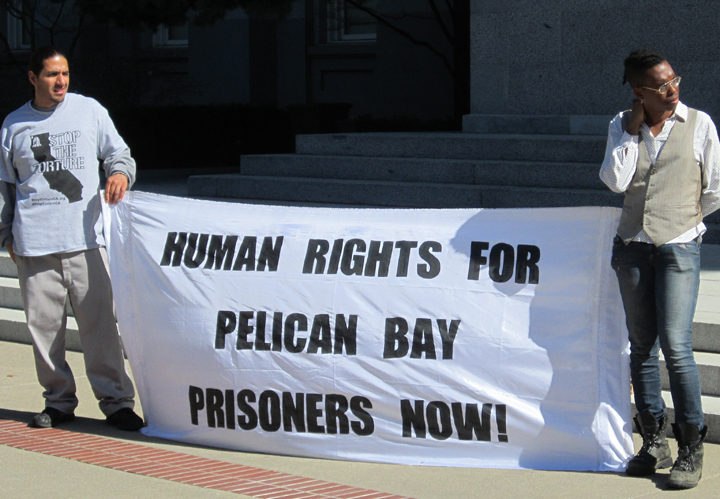 They lied to our representatives about promising to implement our Five Core Demands. They have lied about letting prisoners out of solitary confinement who have been classified as alleged gang members. They lied to the Office of the Inspector General, saying that they cannot utilize the Behavior Management Unit (BMU) because of the past violence.

What must be understood is that the CDCR officials and officers were the culprits who orchestrated the violence between the races. This is something that has been proven already by numerous CDCR officials who betrayed CDCR’s code of silence. They call them “whistleblowers,” which is another way to say “snitches.”

The CDCR’s Green Wall GANG has been exposed, where CDCR officials pitted race against race and set up brutal gladiator fights, in which many prisoners were shot and murdered by the same prison officers who were betting on these gladiator fights.

I touched on these criminal acts by CDCR prison officers in an article I wrote, “How Easily We Forget.” Not one prison official was prosecuted for shooting and murdering prisoners, although there was a ton of evidence provided by CDCR officials themselves. This was the only time when CDCR rejected snitching, when it threatened their green wall gang. Their policy is that if you put on the green correctional suit, then the code of silence has to be honored; meaning, “We do not snitch on our own” under no circumstances.

Yet, they place prisoners in solitary confinement indefinitely on confidential information provided by prison snitches that they themselves corroborate under “confidentiality.” Then they tell you that in order to get out of solitary you have to emasculate yourself, or become a “prison snitch,” and they influence these actions by placing prisoners under a system of protracted torture.

The prison officials lied to numerous federal judges while under oath, testifying through many judicial proceedings. Within the CDCR there exists a culture of liars, where they lie to one another just as well. Unfortunately many of them think that they are professional liars, and they take pride in this practice.

On May 29, 2013, our Mediation Team had a meeting with Inspector General Officer Mike Stainer and Deputy Attorney General Kelly Harrington, and they told our Mediation Team that our four representatives have been refusing to have meetings with PBSP officials in order to resolve the local issues here at the prison. This was an outright lie!

Sitawa, one of the reps for New Africans, wrote to Warden G.D. Lewis, Chief Deputy Warden Ducart and Associate Warden R.L. Swift, in a CDCR 22 request form, a clear description how and why the last meeting failed. Their response was that the litigation officer had informed them not to hold the meetings any more. A similar CDCR 22 form was then forwarded to Litigation Officer Barnts and he refused to respond.

Directors Mike Stainer and Kelly Harrington stated, matter of factly, to our Mediation Team that it is not CDCR that does not want to hold the meetings; it’s the four representatives who are refusing the talks. This was a conspired lie.

Our Mediation Team was provided with the documents proving that CDCR officials are nothing but liars who have no respect for the truth and take no responsibility for their lies. This is how they have been able to hold well over 3,000 prisoners indefinitely in solitary confinement on information that they manufactured along with prison snitches who conspired with them in order to get out of solitary or to stay on General Population.

Why have there not been any investigations into the many SHU placements, where prison officials lied in order to place prisoners into long term solitary confinement? We all have our facts about each of our individual situations, but can we expect CDCR to give us a fair and impartial investigation? NO. They have proven time and time again that they are incapable of investigating themselves.

We believe that these staff personnel who live in their isolated communities, who have had very limited interaction with human beings who do not talk as they do, look as they do, or live as they do, across race and class lines, can easily disconnect themselves from our humanity and, as a result, treat us as they please.

Our Mediation Team was provided with the truth, written by one of the PBSP subordinates of the warden, Capt. Puget, as to why the meetings were ended. We also believe that Warden G.D. Lewis “sabotaged” the meetings by putting the following gang officials in charge of the meetings: Associate Warden R.L. Swift, former ISU Capt. Barneberg, former IGI Lt. Capt. Olson and Capt. Puget, former appeal coordinator.

These officials have a personal axe to grind. They are the same officials who have been subjecting us to every form of torture within their power, toward destroying us physically and psychologically. These officials hated the meetings with the associate warden from the onset, but they had “no control” over them, which is why, when they gained control, they deliberately set about to sabotage the meetings by being blatantly disrespectful to our representatives, who then immediately rejected their BS unanimously.

We then had Sgt. Davis, along with all the other lieutenants and sergeants, telling us that those who are in charge now will do what Assistant Warden P.T. Smith was too cowardly to do – end these charades: prisoners talking to each other.

We asked, “Why is it that you guys are so bent on holding us back here?” They responded with the typical words, “safety and security of the institution.” Then we told them, “But we’re all back here on administrative placement,” meaning that we committed NO offense to be held back here, especially 10 to 40 years. It does not get more inhumane than this.

They fall silent and mouth off some sarcasm. As they turn to go, they say, “You all should have thought about this before you broke the law (expletive).” And they continue their expletives right on out of the unit section door.

We believe that these staff personnel who live in their isolated communities, who have had very limited interaction with human beings who do not talk as they do, look as they do, or live as they do, across race and class lines, can easily disconnect themselves from our humanity and, as a result, treat us as they please. 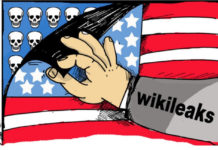 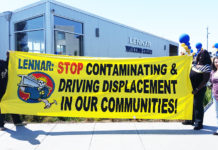