A variety of news briefs received by SF Bay View:

Greetings to our supporters and all people of conscience 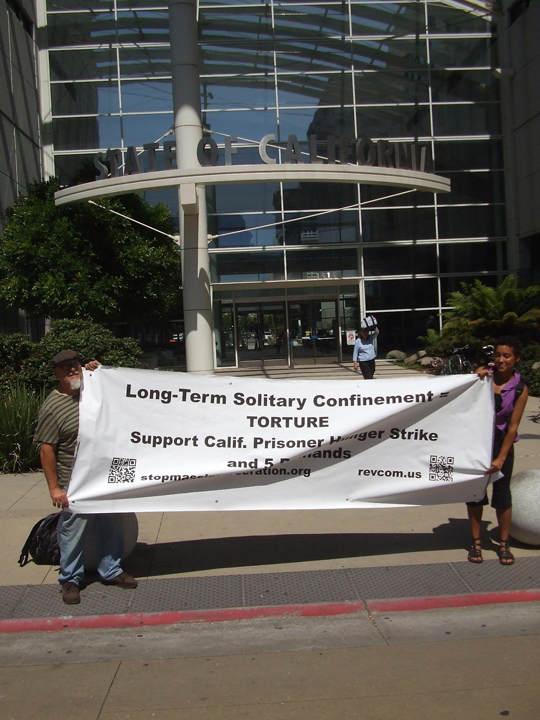 We are grateful for your support of our peaceful protest against the state-sanctioned torture that happens not only here at Pelican Bay but in prisons everywhere. We have taken up this hunger strike and work stoppage, which has included 30,000 prisoners in California so far, not only to improve our own conditions but also as an act of solidarity with all prisoners and oppressed people around the world.

We encourage everyone to take action to support the strike wherever they live. Sign the petition demanding the California governor stop the torture, plan rolling solidarity fasts if you are able, use every means to spread the word and participate in non-violent direct action to put pressure on decision-makers.

If it was not for your support, we would have died in 2011. Thank you everyone. We are confident we will prevail.

Why should a prisoner in Ohio or Minnesota or New Mexico support California prisoners as they move into a crucial stage of struggle for their just due?

My humble opinion is: How could any prisoner think that these apartheid-style policies being used in California won’t come knocking in Florida, West Virginia, Illinois or any prison system at any given time? Remember California is said to be a liberal state, in terms of political policy. How many conservative governors are envious of such harsh prison policies right now?!

I urge all of you in every prison and your able-bodied supporters to support this July 8 hunger strike in some form, but don’t wait ‘til this kind of policy pays you a visit.

Sacramento – Assemblymember Tom Ammiano, chair of the Assembly Public Safety Committee, released the following statement regarding the hunger strike of up to 30,000 California State Prison inmates in support of prisoners in the so-called Short Corridor at Pelican Bay State Prison.

“Having visited Pelican Bay early this year, and having held a second hearing in February regarding conditions there, I continue to be concerned about the policies being used to segregate prisoners who are deemed – often on weak public grounds – to be gang leaders.

“When they reviewed cases after pressure from an earlier hunger strike, even CDCR officials cleared hundreds of prisoners of participating in gang activities. On the other hand, some advocates and family members are claiming that CDCR has broadened their use of solitary confinement.

“I join the protesters in urging prison officials to make more progress in establishing fair and humane policies in the prisons paid for by California taxpayers.”

“That it took so long to make any changes to policy at Pelican Bay is symptomatic of a system that is slow to reform. We have seen that with CDCR failing to make medical improvements, except under court order, and with its more recent hesitation to move prisoners exposed to deadly valley fever.

“I join the protesters in urging prison officials to make more progress in establishing fair and humane policies in the prisons paid for by California taxpayers. We should not be the focus of international human rights concerns, like those expressed by Amnesty International.”

Sign petition from supporters in the Netherlands to Gov. Brown, CDCR, prison wardens 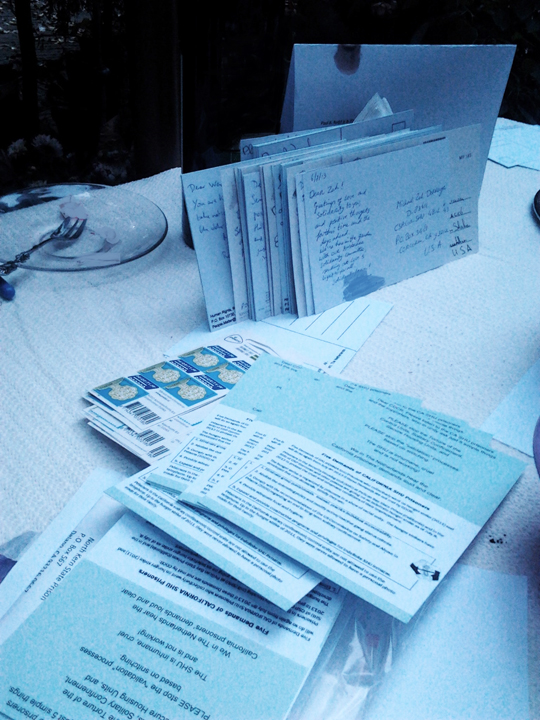 A group of concerned people in Amsterdam, The Netherlands, has written up a petition to sign concerning the prisoners in California who are going on hunger strike as of today.

The people who have made the petition (Amsterdams Solidariteits Komité) wrote this petition to the wardens, the governor of California and the secretary of CDCR, because this is their way of doing support from a distance. We have also written postcards to prisoners we know will go on hunger strike, and we have sent the wardens, governor and secretary postcards of concern, asking them to listen to the five core demands of the prisoners.

The California prisoners have launched this hunger strike as a follow-up of the two hunger strikes in 2011. It is against the SHU policies of indefinite solitary confinement and the gang “validation” policies of “debriefing” (snitching), amongst others.

In other U.S. states, prisoners are following the example of the California prisoners in solidarity and to protest the solitary confinement practices in their states too.

Our petition can be signed here: http://www.change.org/petitions/governor-jerry-brown-secretary-beard-wardens-and-others-managing-cdcr-listen-to-the-demands-of-the-ca-prisoners-kept-in-solitary-confinement or in short: http://chn.ge/1a4apib.

The letter to sign is going straight to the email addresses of those addressed.

If people want to send support postcards to prisoners involved, send me an email and I will send you a list. All that is needed is stamps for overseas, cards and a pen! We do not mention the word “hunger strike” because the chance of the card being refused is much larger then.

Tonight on Twittter we will hold a Twitterstorm from Amsterdam time 7 p.m. #PBhungerstrike or #CAhungerstrike.

We are also thinking up a phonestorm of some kind – phoning the wardens’ offices at certain times. Maybe you can help set this up.

Special thanks go to Nischit Hegde and Lian Alan for helping bring the demands to the board. 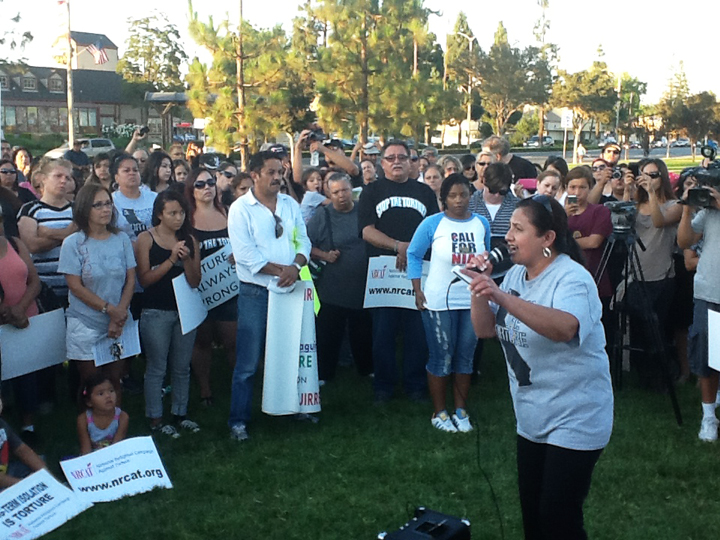 July 8, 2013, New York – Today, in response to the resumption of a hunger strike by prisoners in the Security Housing Unit (SHU) at Pelican Bay State Prison in California, the Center for Constitutional Rights issued the following statement:

“We wholeheartedly support the prisoners’ peaceful protest against their long-term isolation in physically and psychologically devastating conditions. As our lawsuit notes, the United Nations Special Rapporteur for Torture has found that more than 15 days of solitary confinement violates human rights standards, yet hundreds of prisoners have been trapped in the Pelican Bay SHU for decades, denied physical contact and social interaction, with effectively no way out. This is undeniably cruel and unusual punishment. As we continue to litigate these issues in court, we applaud the empowering protest undertaken by the prisoners and urge the California Department of Corrections to act swiftly to meet the prisoners’ demands and bring an end to this torture.

The Center for Constitutional Rights is dedicated to advancing and protecting the rights guaranteed by the United States Constitution and the Universal Declaration of Human Rights. Founded in 1966 by attorneys who represented civil rights movements in the South, CCR is a non-profit legal and educational organization committed to the creative use of law as a positive force for social change. Visit www.ccrjustice.org; follow @theCCR.