Former Georgia Congresswoman Cynthia McKinney, who last week completed a peace mission to Syria along with former U.S. Attorney General Ramsey Clark and others, delivered the following address to the IBON Conference on Democracy, Self-Determination and Liberation of Peoples. The conference was held Sept. 23 at the European Parliament in Brussels, Belgium.

Thank you for the invitation to be with you today.

This conference is about democracy, self-determination and popular liberation. 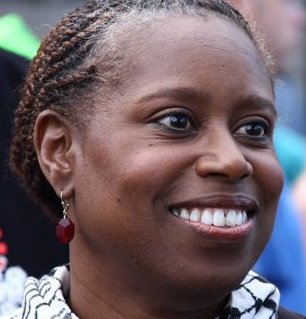 As a representative of the United States people’s movement for justice and peace, I want to start by acknowledging some facts about the practice, as I know it, of one form of “democracy.”

How can any country that refuses to accept responsibility for its past of continental or global expansion obtained through genocide of indigenous people be democratic?

How can any country that reaches the zenith of economic might by stealing Africans and transporting them around the world in a network of human trafficking that constitutes to this day an unrepaired crime against humanity be considered democratic?

How can any country that continues the global pillage and theft of human and mineral resources for the benefit of a few people – even at the expense of its own people – ever be considered democratic?

It is right and fitting that we are here in the seat of European power, where the crimes against the people of Congo and the murder of their first elected leader were sanctioned. And its continued grandeur is obtained through the outright theft by a few in the name of the many of that country’s and that continent’s diamonds, gold, gems, coltan, timber, fauna, and its best and brightest brain power. Private and national fortunes continue to be made from this legacy where, in practice, nothing precious on this planet is exempt from full exploitation.

The life and murder of Patrice Lumumba should be a ringing example – a symbol – of the kind of democracy that is meant when people who have no history of respecting democracy for others mouth even the very word. While Lumumba’s life was snuffed short, those complicit in his murder lived long, ignominious lives, never called to justice.

And instead of atoning for the past by adopting a new way of living, a new way of being that respects human and earth dignity and improves the lot of others, the national splendor that we see around us right here in Europe and extending to their cousins across the pond – built on crimes against humanity, genocide, murder and theft – become temples of worship for all of humankind.

The life and murder of Patrice Lumumba should be a ringing example – a symbol – of the kind of democracy that is meant when people who have no history of respecting democracy for others mouth even the very word.

So, when they come to us with their platitudes about democracy – even when they do not practice it at home yet want to export it to the rest of the world through the barrel of a gun – why should we believe them?

By their very actions, they do not provide models of leadership for us that instill confidence in them.

We must question everything we are told by them.

In September 2001, we were on the verge of winning a huge cultural struggle: to change the global culture from exploitation by a few to respect for the dignity of the many peoples of the world. I was there. I saw people from all over the world come together in celebration of each other and our common struggle for dignity and justice and freedom.

On Sept. 8, 2001, we celebrated a milestone. Despite all of the odds against us, we succeeded in having a successful conference. The world of people of color was there – and I was there, too.

I was a member of Congress then and had fought the pro-Israel lobby in the United States to have U.S. representation in Durban, so that we could talk about us with us. I presented facts about U.S. repression of the Black struggle for self-determination and liberation to Mary Robinson, then United Nations High Commissioner for Human Rights. And despite the boycott threat, everyone in attendance was happy to see the United States there and accounted for.

On Sept. 10, 2001, while we celebrated a fantastic result in Durban, over 100,000 shares of American Airlines stock was bought and, earlier in the month, United Airlines stock had been traded. Now, we all saw what happened on Sept. 11, 2001. The new social and cultural order that was about to take off in celebration of humanity came crashing down with New York City’s Twin Towers. And a world of war, death and destruction has been unleashed against the very people who celebrated victory at Durban.

The war machine of the United States, Israel and NATO will continue to roll until we stop it. The Bolivarian Alliance countries of Latin America are showing us the way. That we can achieve democracy and self-determination and liberation with ballots instead of bullets.

Just this week, Bolivia’s President Evo Morales announced that Bolivia was going to file a lawsuit against the United States for its aggressions against Bolivia and Venezuela. Brazil’s president postponed a state visit after learning that her phones have been wiretapped by the United States.

The war machine of the United States, Israel and NATO will continue to roll until we stop it.

In Latin America, freedom and justice and dignity are rising; and we, especially those of us in the United States, must support them.

And Asia is rising – 84 percent of the world’s population are saying no more domination in our own lands. Asians increasingly recognize that they no longer need to be subservient to “the West,” which seeks to dominate by its use of weapons of war. The “pivot to Asia” masks the geopolitical strategy of continued world domination by the 16 percent who now rule at the expense of our rights – including our most precious right of life without wars of aggression against us.

Finally, as an African American who is a child of the Civil Rights Movement, let me say categorically that the U.S. president betrays the legacy of the leaders of slave rebellions and of the Black struggle to be free with every U.S. bomb dropped, every veteran maimed, every child killed that he authorizes around the world. The time for peace is now.

And I will close with this, the words of our late assassinated President John F. Kennedy, who just months before he was murdered said:

“What kind of peace do we seek? Not a Pax Americana enforced on the world by American weapons of war. Not the peace of the grave or the security of the slave. I am talking about genuine peace, the kind of peace that makes life on earth worth living, the kind that enables men and nations to grow and to hope and to build a better life for their children – not merely peace for Americans, but peace for all men and women – not merely peace in our time, but peace for all time.”

Yes, it is true. We in the United States once had a president who spoke of peace and mutuality and respect. He was killed by snipers’ bullets just months later.

Let me add here that I just returned from Syria, going there with a U.S. delegation led by former U.S. Attorney General Ramsey Clark. The effort is real to turn Syria into a Libya. And then, after Syria, the drums of war will beat against Iran; and then after Iran?

They won’t stop until we stop them.

We know the path that we must take. For if a president who wanted to take the path of peace could be killed in public like that, just imagine what they will do to us.

I am pleased to be a part of this important conference.

Stay strong, my brothers and sisters, and know that there is a community of Americans who are with you!

Stop the wicked West! Out of the killing fields in Ivory Coast and Libya comes a new world order

The African origin of heroes, super and otherwise

Stealing the oil, gas and sovereign wealth of Libya