For the past several years, I have spent virtually all my working hours writing about or speaking about the immorality, cruelty, racism and insanity of our nation’s latest caste system: mass incarceration. On this Facebook page I have written and posted about little else. But as I pause today to reflect on the meaning and significance of the 50th anniversary of the March on Washington, I realize that my focus has been too narrow. 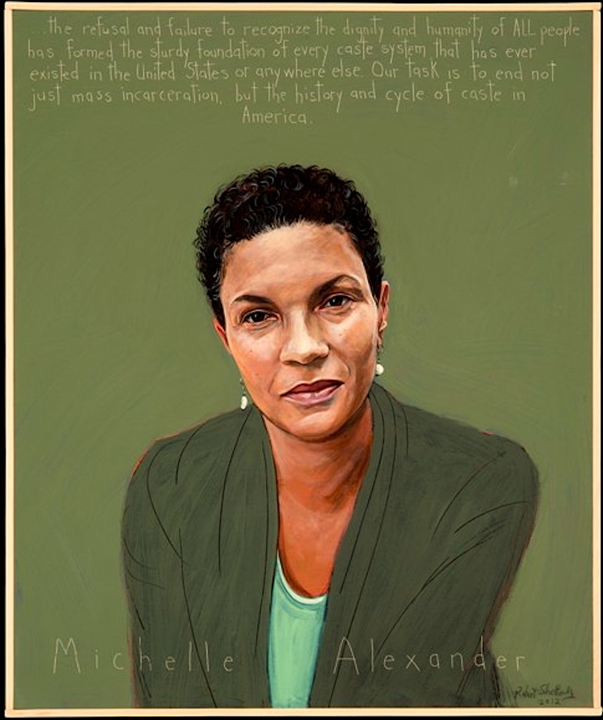 Five years after the March, Dr. King was speaking out against the Vietnam War, condemning America’s militarism and imperialism – famously stating that our nation was the “greatest purveyor of violence in the world.” He saw the connections between the wars we wage abroad and the utter indifference we have for poor people and people of color at home. He saw the necessity of openly critiquing an economic system that will fund war and will reward greed, hand over fist, but will not pay workers a living wage. Five years after the March on Washington, Dr. King was ignoring all those who told him to just stay in his lane, just stick to talking about civil rights.

Yet here I am decades later, staying in my lane. I have not been speaking publicly about the relationship between drones abroad and the War on Drugs at home. I have not been talking about the connections between the corrupt capitalism that bails out Wall Street bankers, moves jobs overseas and forecloses on homes with zeal, all while private prisons yield high returns and expand operations into a new market: caging immigrants. I have not been connecting the dots between the NSA spying on millions of Americans, the labeling of mosques as “terrorist organizations” and the spy programs of the 1960s and ‘70s – specifically the FBI and COINTELPRO programs that placed civil rights advocates under constant surveillance, infiltrated civil rights organizations and assassinated racial justice leaders.

I have been staying in my lane. But no more. In my view, the most important lesson we can learn from Dr. King is not what he said at the March on Washington, but what he said and did after. In the years that followed, he did not play politics to see what crumbs a fundamentally corrupt system might toss to the beggars of justice. Instead he connected the dots and committed himself to building a movement that would shake the foundations of our economic and social order, so that the dream he preached in 1963 might one day be a reality for all. He said that nothing less than “a radical restructuring of society” could possibly ensure justice and dignity for all. He was right.

I am still committed to building a movement to end mass incarceration, but I will not do it with blinders on. If all we do is end mass incarceration, this movement will not have gone nearly far enough. A new system of racial and social control will be born again, all because we did not do what King demanded we do: connect the dots between poverty, racism, militarism and materialism. I’m getting out of my lane. I hope you’re already out of yours.

This statement was posted by Michelle Alexander to her Facebook page on Aug. 28, 2013.