Whenever I call, Randy Weston answers. Weston has supported me and my crew, whether it was on Uhuru Radio or CKLN-FM 88.1, now Radio Regent. The man who calls his music African Rhythms has always supported Africans at home and around the world. 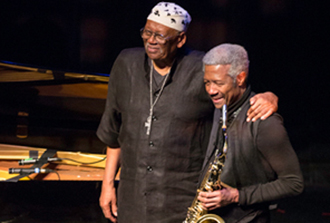 On “The Roots of the Blues,” Weston teams up with tenor saxophonist Billy Harper. Weston and Harper, like Weston and the late trombonist and arranger Melba Liston, go together like two straws in a coke.

The 13 tracks on this album are mostly original compositions by Weston with the exception of Billy Strayhorn’s “Take the A Train,” “Body and Soul,” made famous by saxophonist Coleman Hawkins, and “How High the Moon,” a jazz standard by Nancy Hamilton. It was first featured in the 1940 Broadway revue, “Two for the Show.”

Willard Jenkins, who co-authored “African Rhythms: The Autobiography of Randy Weston,” points out: “How High the Moon” was grits and gravy for the bebop generation of the ‘40s and ‘50s.

“It was the first piece I heard Lucky Thompson play and I loved it,” Randy fondly recalls of the late, under-recognized saxophone master. “I played with Lucky once in Brooklyn. What an honor!” 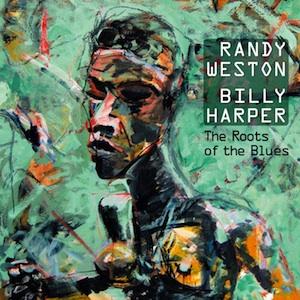 “I heard the sound that I like,” recalls Weston. “That Texas sound, and being from Texas, Billy is a great blues player. When Billy plays the tenor, it’s like an orchestra.

“The call and response is always there. I always hear the Black church in his playing. He’s constantly singing through his horn. As far as why we work well together, it’s the magic – that big, black sound he gets,” exclaims Randy.

Weston and Harper play together on all tracks with the exception of “The Healers” and “If One Could Only See.”

“Billy’s sound comes straight out of Africa,” continues Weston of the Houston, Texas, tenor man who is of Somali ancestral lineage, “but it’s a universal sound. That cry he gets in his sound – it reaches your soul.” 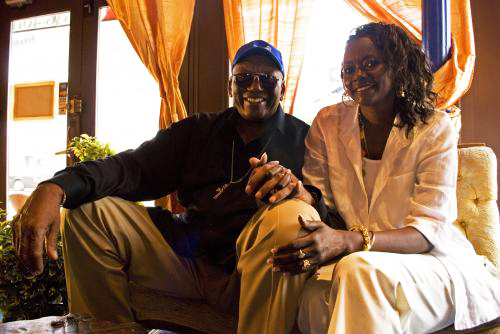 “He plays that modern saxophone, but it’s very poetic. You listen to his solos and it’s a complete composition; you hear the whole history of the tenor.”

Weston has been coming to Toronto for 35 years. The Art of Jazz (Distillery District) on June 6, 2008, an event in Toronto, featured Weston and saxophonist Billy Harper.

Radio producer, playwright and novelist Tien Providence and I introduced the dynamic duo at this show that brought together Weston’s first concert promoters and assorted friends in somewhat of a reunion. The joyous sounds of Weston and Harper bought the house down.

The Ottawa-based, South African-born Harold Head and the Jamaican-born Ayana Black (who has joined the ancestors) were the first promoters to bring Weston to the not so Great White North. Black and Head’s company was called Great Black Music. This team was supported by Jaribu W. Cason and Clifton Joseph. Chloe Onari, of the former CKLN and Coda magazine, founded by the late John Norris and Bill Smith, was also part of the mix.

The celebrated pianist has used his rich cultural background to help his friends and comrades. He says that when vocalist Dee Dee Bridgewater performed in Italy, he was also in the country, but could not make it to see her performance because he was too tired from traveling. They did meet later and Bridgewater thanked him for opening up her eyes to Africa. She went on to record the CD, “Red Earth: A Malian Journey,” which is her Pan-African statement. 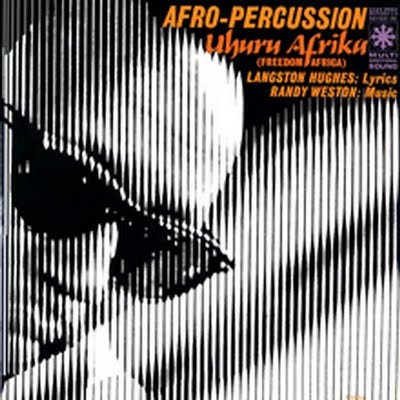 Another who benefited from Weston’s international links was Melba Liston. Trombonist and arranger Liston had a special relationship with Weston, which began in 1960 when Liston arranged Weston’s groundbreaking album, “Uhuru Afrika.” The album features lyrics and liner notes by poet Langston Hughes and was banned in South Africa in 1964.

Weston, like drummer Max Roach and saxophonist Sonny Rollins, was influenced by the Tallest Tree in Our Forest, Paul Robeson. The great Robeson taught us: “The artist elects to fight for freedom or slavery. I have made my choice! I had no alternative!”

Norman (Otis) Richmond, aka Jalali, was born in Arcadia, Louisiana, and grew up in Los Angeles. He left Los Angles after refusing to fight in Vietnam because he felt that, like the Vietnamese, Africans in the United States were colonial subjects, and moved in the 1960s to Toronto, where he cofounded the Afro American Progressive Association, one of the first Black Power organizations in that part of the world. Before moving to Toronto permanently, Richmond worked with the Detroit-based League of Revolutionary Black Workers. He was the youngest member of the central staff. When the League of Revolutionary Black Workers split he helped create the African People’s Party.

In 1992, Richmond received the Toronto Arts Award. In front of an audience that included the mayor of Toronto, Richmond dedicated his award to Mumia Abu-Jamal, Assata Shakur, Geronimo Pratt, the African National Congress of South Africa, and Fidel Castro and the people of Cuba. Richmond began his career in journalism at the African Canadian weekly Contrast. He went on to be published in the Toronto Star, the Toronto Globe & Mail, National Post, San Francisco Bay View, Jackson Advocate, Share, Islander, Black American, Pan African News Wire and Black Agenda Report. Internationally, he has written for the United Nations, the Jamaican Gleaner, the Nation (Barbados) and Pambazuka News. Richmond can be heard on Saturday Morning Live every Saturday, 10 a.m. to 1 p.m., on Radio Regent, http://radioregent.com/ and on Diasporic Music every Sunday, 2-4 p.m., on http://uhurunews.com/radio/?tzoffminutes=300.