A brief history of Black power

Fifty years ago, a slogan, idea and movement was resurrected and reincarnated in Mississippi that would forever change the political landscape in the United States and the African World. On June 16, 1966, in Greenwood, Mississippi, Student Nonviolent Coordinating Committee (SNCC) Chair Kwame Ture, then known as Stokely Carmichael, addressed a crowd of youthful demonstrators and the media covering the militant “March Against Fear” and forcefully re-echoed our millennial and generational demand for “Black Power.”

The Student Nonviolent Coordinating Committee, Kwame Ture and Willie “Mukassa” Ricks were not the first ones to use the phrase “Black Power.” SNCC had used similar words in its position papers and internal documents since at least 1964; and several of its key cadre in Washington, D.C., Mississippi and Alabama had been moving towards “black nationalism” since 1961, through their contact with Malcolm X.

SNCC had planned a “Black Belt Summer Project” in 1965 to build independent freedom organizations – nascent political parties – in 650 counties in the South, from Virginia to Texas, and support bases in the North. It is out of this project that the Freedom Organizations in Alabama, the first Black Panther Parties, emerged in 1966. SNCC helped, thanks, no thanks to the media, to popularize the “Black Power” slogan, introduce it to a new generation of youth, and spread it to every corner of the United States, the African Diaspora, Africa and the World.

The phrase has a long, unacknowledged history in the Pan-African movement. Classical African civilizations were the first recorded “Black power” in the world. Frederick Douglass delivered a speech titled “The Doom of Black Power” in 1855, albeit he saw Black as negative and was talking about the power of slavery and King Cotton.

Ethiopia, Liberia and Haiti were “independent” and acknowledged as “Black power.” The Honorable Marcus Garvey and the Universal Negro Improvement Association fought for a “Black government” and “Black president,” “Black army” and “Black generals” in Africa in the 1920s. The African Blood Brotherhood and other leftist forces struggled to build an independent nation in the U.S. Black Belt South in the late 1920s and 1930s. Similar efforts were undertaken at the same time in South Africa.

The Honorable Elijah Muhammad, Malcolm X, Louis Farrakhan and the Nation of Islam continued this effort and struggled for “black economic power” from the 1930s until today. Paul Robeson spoke about the “Power of Negro Action” in the 1940s.

Richard Wright, a native of Mississippi, used the phrase “Black Power” in 1954 as the title of his book about the Gold Coast (Ghanaian) revolution under the leadership of Kwame Nkrumah. A later edition including Wright’s book is titled “The Color Curtain: A Report on the Bandung (Afro-Asian) Conference”; it was published in 1956.

Adam Clayton Powell, the legendary congressman from Harlem, used the phrase on several occasions in his speeches in the ‘50s and ‘60s. Malcolm X struggled to build “Black nationalism,” which is “Black power,” through the Organization of Afro-American Unity in 1964 and 1965.

The Organization for Black Power was formed on May 1, 1965, with former and then current members of the Revolutionary Action Movement (RAM) and SNCC among its membership. Activists in RAM utilized the phrase “Black Power” in internal and external publications like SOULBOOK. Kwame Nkrumah wrote a pamphlet called “Black Power” in 1968. These aren’t the only examples of its usage by different forces, in different languages and countries over millennia and generations.

On Oct. 15, 1966, Huey Newton and Bobby Seale founded the Black Panther Party for Self-Defense in Oakland, California. On Oct. 29, 1966, Kwame Ture spoke to 10,000 students during the Students for a Democratic Society (SDS) Conference on Black Power at the University of California at Berkeley. 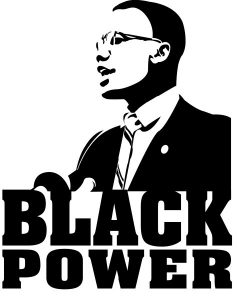 The energy produced by the Black Power explosion was not confined to the United States. It spread to the Caribbean – Jamaica, Trinidad, Grenada, Guyana and the Bahamas to name a few – Brazil, the United Kingdom, and the Motherland in places like Azania (South Africa), where it helped reinvigorate the Pan-Africanist Congress of Azania and inspire the birth of the Black Consciousness Movement.

Kwame Nkrumah founded the All-African People’s Revolutionary Party in Guinea in 1967, with the objective of Pan-African unity and liberation as the “highest political expression of the Black Power.” Kwame Ture recruited cadre and built chapters of the A-APRP in several countries around the world. The Black Power slogan strengthened the Pan-African Revolution and forever changed its social and political consciousness, ambitions and objectives.

African people throughout the world were on the move, and the Black Power slogan spread like wildfire, reverberating to every corner of Mississippi, the United States, the African Diaspora, Africa and the world. It articulated a radical shift in the movement, re-galvanized the political consciousness of the masses, sharpened our demands, and immediately redefined and refocused the values and objectives of the Black/African Liberation Movement towards human rights, self-determination, national liberation, national unification, Pan-Africanism, scientific socialism, and a genuine and lasting peace. 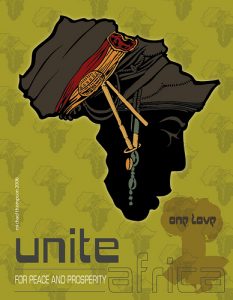 The quest for genuine Black Power and revolutionary Pan-Africanism remains unfulfilled, worldwide. African people throughout the world still remain subject to capitalism, European imperialism and various forms of white supremacy and domination, and the plague of neo-colonialism, mis-leadership and imperial accomplices.

The struggle for Black/African liberation is long, protracted and costly, in terms of sweat, tears and blood. The current upsurge in the Black/African Liberation Movement, popularly referred to in the United States as the Movement for Black Lives, powerfully demonstrates that revolutionary ideas and demands emanating from people’s movements don’t die and cannot be defeated.

This Black Power, Black Lives and Pan-Africanism Conference seeks to examine the historic origins and development of the struggle for Black Power and the Black Power slogan emanating from it, and critically analyze the contributions of the individuals, organizations and entities that dedicated themselves to its pursuit, past and present. It will also examine how the current generation and Black Lives Movement is seeking to attain Black Power and Pan-Africanism and what must be done ideologically, politically and programmatically to build and seize them.

You have the option of registering for the conference by each day or multiple days. Please note registration includes a number of meals. Here’s the schedule:

Kali Akuno is the producer of “An American Nightmare: Black Labor and Liberation,” a joint documentary project of Deep Dish TV and Cooperation Jackson. He is the co-founder and co-director of Cooperation Jackson and a co-writer of “Operation Ghetto Storm,” better known as the “Every 28 Hours” report. Kali can be reached at kaliakuno@gmail.com or on Twitter @KaliAkuno.