by Tiny, daughter of Dee

“We don’t want to hear Alex’s murderers,” people shouted intermittently into the air of the Leonard Flynn Elementary school auditorium. The standing-room-only town hall was yelling above the police as they spoke about the murder on March 21 of young Raza organizer, City College of San Francisco student and beloved son de la mision (of the Mission), Alejandro Nieto, 28, by police in Bernal Heights Park. 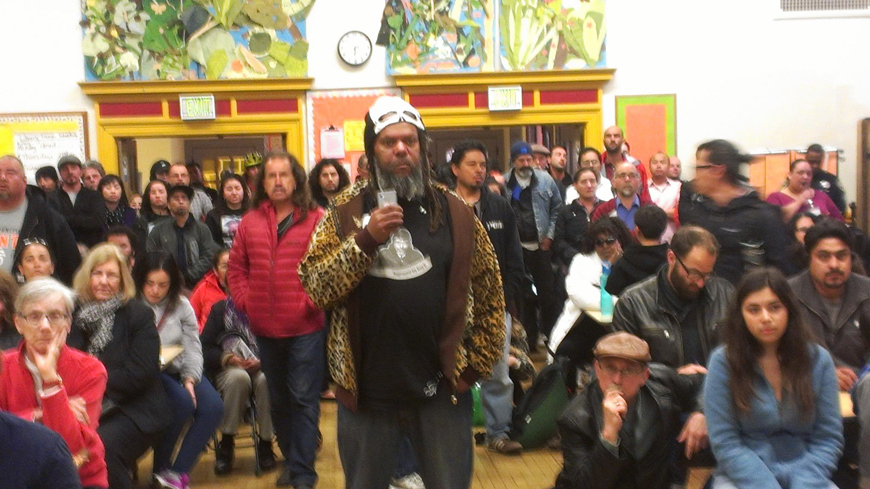 “At approximately 7:11 p.m., 911 dispatch received a call: ‘A Latin male in a bright red jacket is pacing near a fence,’” said SFPD Chief Greg Suhr as he recounted the events leading up to the murder of this peaceful young brother. My version of this 911 recount, “There is a Brown man left in the Mission. How did that happen? He must be here to hurt me.”

Gentrification killed Alex. Everyone in the meeting knew this. From the young children like my own son who goes to that humble public school, to the teachers, revolutionaries and abuelas waiting patiently to speak. The shooters were the gangsters in blue with their clique etched in a copper and iron star that they display on their chests.

“I am a friend and brother of Alex and I need to tell you that Alex wanted to be a probation officer. Alex respected the cops, so please respect the police,” said Eli Flores to the increasingly angered crowd.

Gentrification killed Alex. Everyone in the meeting knew this. The shooters were the gangsters in blue with their clique etched in a copper and iron star that they display on their chests.

“Alex was a peaceful, beautiful young man. He wanted to run for school board,” Guiliana Sorro, long-time Bernal Heights resident and organizer and widow of the leader and truth-teller Bill Sorro, told me between tears at the town hall.

“This was the weapon he was holding,” Suhr said, his voice prevailing through the intermittent shouts to recount the murder of this young leader by police who allegedly mistook his legally possessed taser for a gun. Alex was an off-duty security guard with a license to hold that taser.

“At 7:14, the 911 reporter reported that the ‘suspect’ was now eating sunflower seeds while resting his hand on the weapon,” Suhr added. 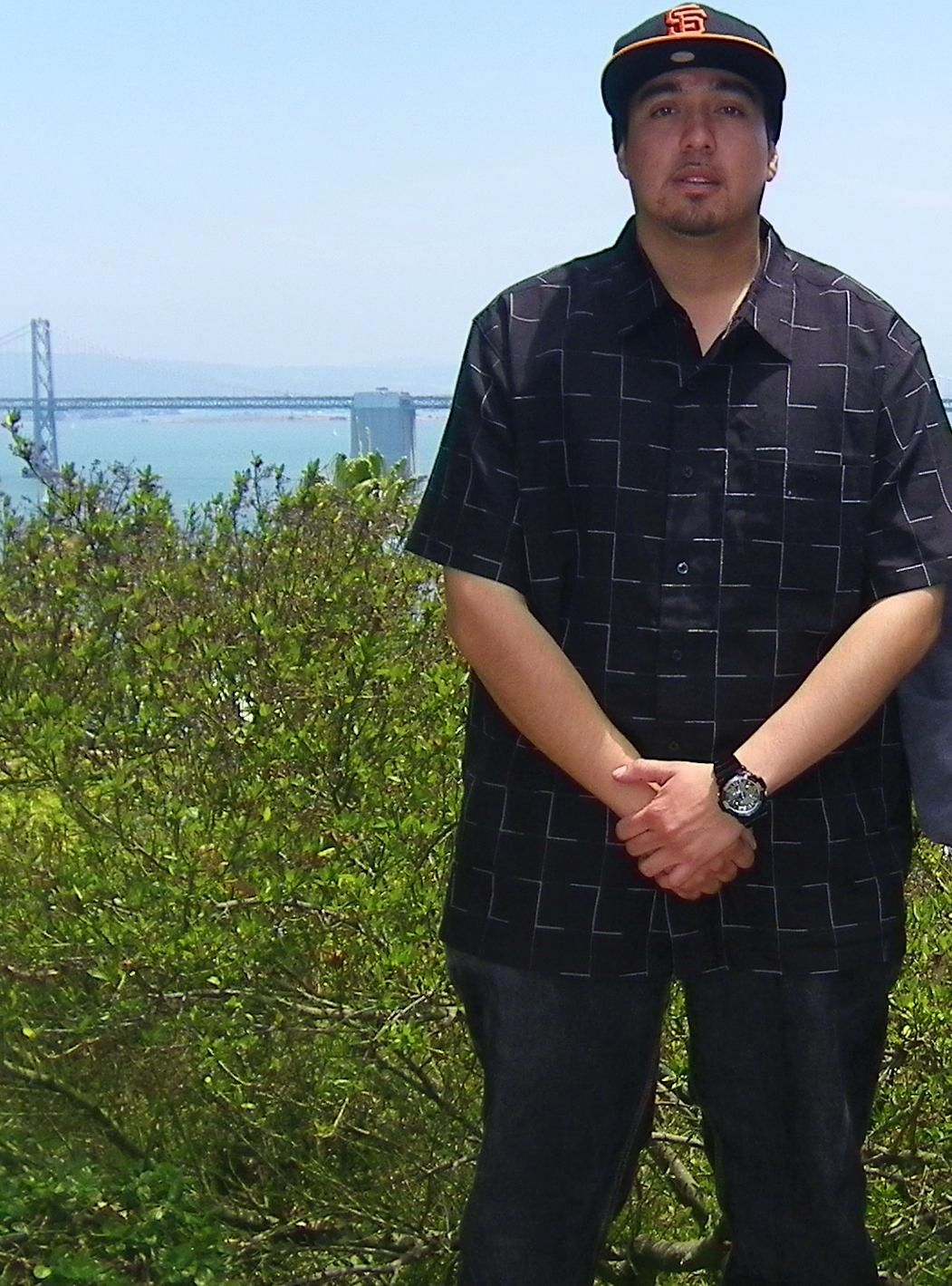 Alex, who was Buddhist, was meditating on the Bernal Hill. He was taking a walk he always took before he went on duty at a club. He was thinking. He was shadow-boxing. He was walking.

He was alive while Brown in his neighborhood, the Mission, a neighborhood suddenly and rudely colonized by people who don’t understand our cultura, our traditions or our skin. Who see a Black or Brown man walking, convening or meditating somewhere they now claim is theirs for “jogging” or “picnicking” and call us a criminal.

And then the kkkorporate media lies, crafted around Euro-centric, Western therapeutic industrial complex values conveniently roll out to rationalize the cold-blooded profiling and murder of a peaceful young man. “He was acting abnomal.” “He had a restraining order against him.” “He was struggling with mental health issues.” Multiple narratives have been rolled out since his shooting on March 21, all adding up to a vague profile of mental instability of this young son.

As the mental instability profile rolled out, I thought of my own troubled soul as I used to take my infant son up Bernal Hill to rest in some modicum of nature. I would cry up there. Cry about my houselessness. Cry about my very sick Black-Indian mama. I would pray in the Yoruba tradition, calling out my ancestors as I stood and built small oferendas to Orixas.

Even my melanin-challenged, white-looking self was at risk. I would get sideways glances from the endless onslaught of $300 athletic shoe-wearing yuppies. I clutched my son closer and quickly descended, realizing that this once peaceful mountain, long ago stolen from the indigenous Ohlone people was, in fact, being stolen again, by the new colonizers who hold iPhones and state-of-the-art headsets and heart monitors, leaving no room for us.

I am praying for Alejandro Nieto’s spirit journey, like I am for Andy Lopez and Kenny Harding Jr. and Oscar Grant and Derrick Gaines and Idriss Stelley and all the young sons who continue to be killed for being Black, Brown and young in this stolen indigenous land the colonizers call Amerikkka.

I am also praying for all of us mamaz, daddys, abuelas, abuelos, tias and tios still left in our gentrified hoods, barrios, streets and homes. Praying loudly and in stolen, policed and gentrifyer overrun public spaces. So please, if you see me, pray with me, ‘cause I think together we stand a better chance of not being shot.