Happy Holidays to you! I hope your Thanksgiving overflowed with an abundance of family and laughter, along with a heap of gratitude and a side of reflection on a tumultuous year. My Thanksgiving was gifted by my son’s retrieval of the archive of photos my father, George Donald Porter, accrued during his career as an ILWU walking boss and shipping clerk at the Hunters Point Shipyard.

As I leafed through page after page of photos taken with my Dad’s vintage Polaroid, I was impressed by the sense of worker comradery and the blue serenity of San Francisco Bay and its ports.

One photo in particular caught my attention. It’s simplicity and composition stand out when viewed from the eye of the photographer…a man dedicated to his work and loyal to his purpose as a longshore worker. Taken in the mid 1960’s, it depicts an isolated freighter ship offshore from a pier at the Hunters Point Shipyard.

I call it “View from the Shipyard.” I don’t know why that cargo ship was so important it became the centerpiece of a technicolor photo. My Dad was probably the shipping clerk responsible for accounting its cargo.

I don’t know why that image, out of the hundreds he captured, caught my attention, but – like an oceangoing vessel – I find myself pulled by the ebb and flow of family currents, community harbors and historical tides towards the shipyard and the burdensome cargo it contains.

Black Friday 2018 will be remembered as the day 13 federal agencies released the doomsday fourth installment of the National Climate Assessment. It’s three most dire forecasts are that heat waves are expanding, devastation from wildfires is leading to deaths, soaring costs and negative health effects and rising sea levels will trigger mass migrations, forcing millions of people to move from shoreline homes.

According to the Fourth U.S. National Climate Assessment: “Climate change is loading the dice against us. It’s going to affect our water, food and ecosystems. This report is important because it shows it’s already happening where we live, not on far off islands or at the poles.”

Scientists estimate sea levels along the U.S. coast have risen over 9 inches since the early 20th century due to warming and expansion of water caused by the breakup of ice sheets and mountain glaciers. The Intergovernmental Panel on Climate Change, an international body created by the United Nations, estimates the speed of rising seas may be as high as 21 feet in the next century if unharnessed global warming continues.

While the West Coast of the United States has been protected from rising ocean levels by a weather pattern called the Pacific Decadal Oscillation. This masking effect is expected to reverse in coming years, bringing high tides and high waves to San Francisco’s southeast shorelines.

Climate change is devastating existing air pollution levels in low income, coastal communities of color. Products of combustion in particle pollution from nearby uncontrolled wildfires heighten risks of cardiopulmonary disease by adding to toxic air contaminants and emissions from cars and trucks, unbridled development and volatilized contaminants on the federal Superfund site at the Hunters Point Shipyard.

The Trump administration has hastened climate change through a series of devastating actions that include withdrawal from the Paris Climate Agreement, slashing the EPA budget by one third, dismantling the clean power plan, approval of oil-carrying pipelines and opening up federal lands and waters to drilling. 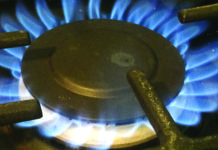 Turning off the gas