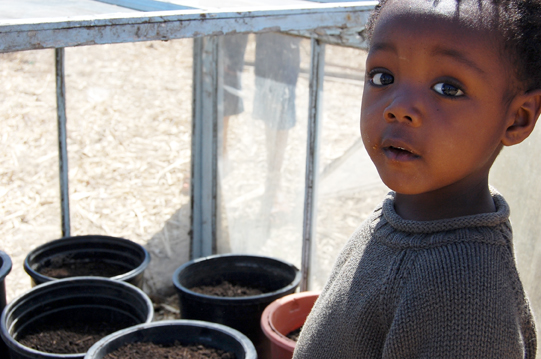 Marcel Diallo is a legend in Oakland for having put in over a decade of cultural work with the Black Dot Artist Collective, and now he is the main architect of a Black cultural district, the Village Bottoms Cultural District in the Lower Bottoms of West Oakland, near the old Army base. A lot of work is being put into Village Bottoms Farms, which Marcel discusses in semi-depth in this article – in depth would take at least 15-20 pages.

While there is much talk about the “Green Movement,” which some circles are using to try and replace the leadership of struggles by Black and other oppressed people in this country with liberal do-gooder environmentalists, Marcel is one of the leading voices among Black people nationwide that I know about who has a real connection to the hood he lives in and ties the two together.

Notice that I said “liberal do-gooder environmentalists” not “white liberal do-gooder environmentalists” because the master plan on how governments grab our land and pacify our communities with non-profits is getting more sophisticated. With the Obama administration the true era of Black people being the chief public face of white power is upon us. Neo-colonialism is what is running Amerikkka, all the way down to the local level. We are learning that a Black face in a high place does not mean that “we” have a say.

Marcel Diallo is one of those people who could have left the hood with a big bankroll and gone to Hollywood with his uncle, actor Glenn Plummer (from the movies “Colors” and “South Central”), and forgotten about that ghetto Richmond upbringing. Because he didn’t – and moved his work to Oakland – many people have been helped and given a place to express and educate themselves with the countless artists and organizers who have set foot in one of the Dot’s many spots over the years. Enough from me; check out Marcel in his own words …

M.O.I. JR: Can you talk a little bit about Village Bottoms Farms? What is the concept behind it? And what is the history behind it?

M. Diallo: Village Bottoms Farms is a community-based farm operating in a predominantly Black neighborhood in West Oakland, located in the heart of the Village Bottoms Cultural District at 10th and Pine Street. The concept for the farm grew out of a serious need for us as an urban people to get back to the business of growing our own food as our elders and ancestors did before moving to the cities during the great migrations of the early part of the last century.

We have been working closely with MacArthur Genius Awardee Will Allen out of Milwaukee, who is basically, in my eyes, a reincarnation of Dr. George Washington Carver. Will is the son of a sharecropper, who after playing professional basketball and working in corporate Amerikkka went back to his farm roots. For the past five months he has been teaching me the basics of vertical aquaculture. I fly to Milwaukee once a month to get hands-on training in Will’s particular way of raising worms, growing soil, raising fish, growing micro-greens, sprouts, spinach etc. The Village Bottoms Farm is basically in the process of adapting some of Will’s concepts of intense vertical farming to our operation here in West Oakland.

As for the history behind it, the farm is part of the larger vision for the Village Bottoms Cultural District, an effort to maintain a serious Black cultural presence in West Oakland in spite of the rapid gentrification that is currently happening. To date, the Village Bottoms has seen the establishment of The Black New World Social Aid & Pleasure Club, The Black Dot Cafe, Nganga Diallo’s House of Common Sense aka The Juju Shop, Cornelia Bell’s Black Bottoms Gallery and OT Jackson’s Flophouse.

Our current foray into urban farming is a natural progression from our initial campaigns to acquire and secure land and property in our historically and predominantly Black neighborhood. Now that we got the land, it’s time to work and condition the land so that we don’t have to depend on Whole Foods, Trader Joe’s, Safeway, Lucky’s or any of these “green” organizations to feed ourselves.

M.O.I. JR: What is this “green” movement about, and why should Black people in the ‘hood care? Can you talk a little bit about the economics behind the green movement? 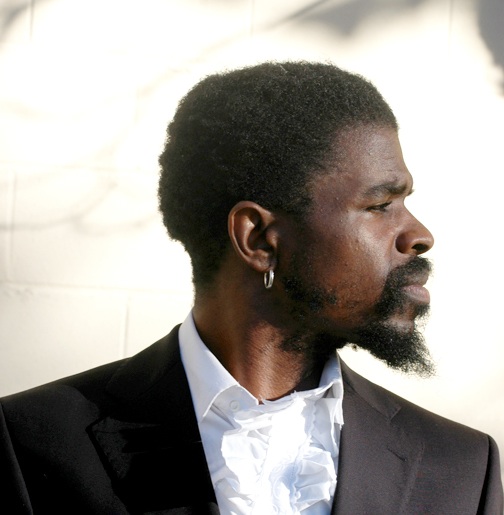 M. Diallo: Well, this “green” movement is suppose to be about folks getting back to the land, building sustainable communities, renewable energy and pushing for environmental justice etc. But it seems to me that the green movement is fast becoming simply about the green dollar bills and who is going to get them. To this end, a plethora of policy pimps and their poverty pimping ground troops have emerged to create “green” organizations to direct policy and government funding straight back into the bank account of these organizations.

I call it the “green smoke screen,” because everything appearing to be green these days ain’t green. And Black folks in the hood should definitely pay attention to this so-called move toward all things green because the Obama administration, the Schwarzenegger administration and the Dellums administration have all lined up to declare their support for green jobs and the organizations that “provide” them.

I’ve even heard some of them say that green is the new Black, and I’m not speaking in the Vogue magazine sense of the phrase. Many of these so-called green organizations are basically established to render Black “for us by us” organizations obsolete in our own neighborhoods. They collectively attempt to characterize any push for Black self-determination as narrow, and characterize themselves as the jolly green giants and maverick saviors of disenfranchised poor Black people living in what they now call “food deserts.” Dig that: We went from living in ghettoes to food deserts in one generation. What’s next?

M.O.I. JR: What role do these “green” organizations play in gentrifying our communities? Can you speak specifically about West Oakland?

M. Diallo: Although these organizations market themselves as being philosophically opposed to gentrification and in solidarity with Black people, they are themselves one of the more obvious forces of gentrification, in that they are founded and run by individuals originating from outside the milieu of the Black working class they attempt to operate in, and by that design cannot be about the business of Black self-determination. Secondly, they compete for grants with Black organizations in Black neighborhoods.

In the case of West Oakland, we have a slew of such organizations. Over the past few years or so these organizations have been busy in West Oakland creating paper tigers and finding a handful of Black people willing to be the blackface for them and pose for a photo every now and then and they have effectively policy pimped their way into the funding stream of the many foundations and governmental granting entities that have money earmarked for organizations serving “disenfranchised,” “under-served” communities and West Oakland in particular.

What they are doing is not illegal, but at what point do these organizations ask themselves if it is ethically and morally right to set up a mission in a predominantly poor Black neighborhood and then suck up all the available grant money that was supposedly earmarked for poor Black neighborhoods in the first place to correct the legacy left by racist redlining practices, urban renewal policies and blatant apartheid that all colluded to create the disparity we are currently experiencing? When do these organizations begin to understand that they are part of a deep legacy of White privilege created on the backs of Black people and that to come to Black neighborhoods and compete with Black people for funding is just downright disrespectful?

M.O.I. JR: Van Jones of the Ella Baker Center was just appointed to be Obama’s “green adviser.” What kind of impact will that make on the “green movement” in the Bay Area?

M. Diallo: Well, I don’t know about the impact it will make on the green movement but it will make a hell of an impact on the Ella Baker Center, Green For All and their associated campaigns.

M.O.I. JR: Can you talk a little bit about the contributions of Black people in West Oakland to the green movement?

M. Diallo: Well, we have Dr. Burns at the Prescott Joseph Center, who has a mobile asthma clinic, Margret Gordon, who runs the Environmental Indicators Project, and Monsa Nitoto’s organization that has put on the Clean Air Festival for many years. We also have David Roach, who has been running the Mo Better Foods Farmers’ Market and making sure Black farmers have a Bay Area outlet for years in West Oakland, and us, the Village Bottoms Community Building and Development Co., who are all about building local, self-reliant, culturally sustainable neighborhoods. I’m just coming off the top of the head, so I know I’m leaving a few folks out, but you get the picture. There are Black folks in the hood who are environmentalists, foodies, green employers and farmers.

M.O.I. JR: In five years, how do you see Village Bottoms Farms serving the community?

M. Diallo: In five years we will be operating at full capacity in our commercial urban agriculture training facility on a nearby multi-acre plot of land. This will include a major greenhouse atrium complex to support the intense growing of an array of tropical crops and fish. Everyone living in the immediate vicinity of the farm will have the opportunity to train with us and learn our particular brand of intense vertical farming so that they can grow their own food and fish and ultimately become self-sufficient households. We will also be in a better position to provide jobs to dozens of folks who want to work on the farm and also growing “plots” for folks who don’t have backyards.

M.O.I. JR: At this point what can people do to help? How do people get in touch with Village Bottom Farms?

M. Diallo: We are having work parties every Saturday 9 a.m. to 5 p.m. Folks can feel free to come through and pitch in. We are building planter boxes, compost bins, aquaponic systems and will be raising a hoop house pretty soon. We are located at 1000 Pine St. in West Oakland at the corner of 10th Street. Call (510) 451-4661 or, for more info, hit us on the email at vbf@blackdotcafe.com.

Healthy food, our privilege and right