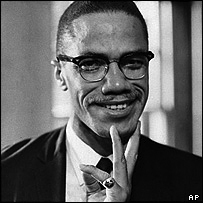 El-Hajj Malik El-Shabazz (Malcolm X) was assassinated 46 years ago, on Feb. 21, 1965, because of his attempt to internationalize the struggle of African people inside the United States. Malcolm was born 86 years ago on May 19, 1925. While U.S. President Barack Hussein Obama has acknowledged Kwanzaa, I doubt very seriously if he will show Malcolm the same love.

Manning Marable’s new volume, “Malcolm X: A Life of Reinvention,” has sparked a renewed interest and debate about Malcolm. Previous works like Karl Evanzz’ “The Judas Factor: The Plot to Kill Malcolm X,” Zak Kondo’s “Conspiracies: Unraveling the Assassination of Malcolm X” and Bill Sales’ “From Civil Rights to Black Liberation: Malcolm X and the Organization of Afro-American Unity” are all being reopened.

Contrary to popular belief, it was Malcolm, not Martin Luther King, who first opposed the war in Vietnam. Malcolm was the first American-born African leader of national prominence in the 1960s to condemn the war. He was later joined by organizations like the Revolutionary Action Movement, the Student Non-Violent Coordinating Committee and the League of Revolutionary Black Workers. This was in the tradition of David Walker, Henry Highland Garnet, Martin R. Delaney, Bishop Henry McNeil Turner, W.E.B. Du Bois, Marcus Garvey, Ella Baker and Paul Robeson.

Malcolm continued to link the struggles of African people worldwide. King came out against the Vietnam War in his famous April 4, 1967, speech at Riverside Church in New York City. Malcolm spoke against this war from the get-go.

Musicians have done their part to keep Malcolm’s legacy alive. Long before Spike Lee’s 1992 bio-pic, “X,” hip hop, house, reggae and R’n’B artists created music for Malcolm, high-life and great Black music (so-called jazz) artists first wrote and sang about Malcolm. The dance of Malcolm’s time was the “lindy hop,” and he was a master of it. “The Autobiography of Malcolm X,” which Malcolm wrote with the assistance of Alex Haley, gives a vivid description of his love of dancing.

Years later, on a visit to the West African nation of Ghana, Malcolm spoke of seeing Ghanaians dancing the high-life. He wrote: “The Ghanaians performed the high-life as if possessed. One pretty African girl sang ‘Blue Moon’ like Sarah Vaughan. Sometimes the band sounded like Charlie Parker.” Malcolm’s impact on Ghana was so great that one folk singer created a song in his honor called “Malcolm Man.”

Malcolm wrote: “The Ghanaians performed the high-life as if possessed. One pretty African girl sang ‘Blue Moon’ like Sarah Vaughan. Sometimes the band sounded like Charlie Parker.” Malcolm’s impact on Ghana was so great that one folk singer created a song in his honor called “Malcolm Man.”

Shortly before Malcolm’s death, he visited Toronto and appeared on CBC television with Pierre Berton. During the visit, Malcolm spent time with award-winning author Austin Clarke talking about politics and music. Time was too short to organize a community meeting, but a few lucky people gathered at Clarke’s home on Asquith Street. Clarke had interviewed Malcolm previously, in 1963 in Harlem, when he was working for the CBC. Clarke recalled they “talked shop,” but also discussed the lighter things in life, like the fact that both their wives were named Betty.

It is not surprising that Malcolm made his way to Canada. His mother and father, Earl Little, met and married in Montréal at a Universal Negro Improvement Association (UNIA) convention. Both were followers of Marcus Garvey. His mother, Louise Langdon Norton, was born in Grenada but immigrated first to Halifax, Nova Scotia, and later to Montreal in 1917. Jan Carew’s book, “Ghosts in Our Blood: With Malcolm X in Africa, England, and the Caribbean,” documents this aspect of the life of the pan-Africanist.

While on a visit to Nigeria, Malcolm was given the name Omowale, which means in the Yoruba language, “the son who has come home.” It was in this period of his life that he visited Nigeria, Ghana, Liberia, Senegal, Morocco, Algeria, Egypt, Ethiopia, Kenya, Guinea and Tanzania. It was during this period that he met with Osagyefo Dr. Kwame Nkrumah, Julius K. Nyerere, Nnamoi Azikiwe, Sekou Toure, Jomo Kenyatta, Dr. Milton Obote, Abdul Rahman Muhammad Babu and others. During this visit he also met Ras Makonnen, a legendary pan-Africanist from Guyana, Richard Wright’s daughter Julie Wright, Maya Angelou, Shirley Graham Du Bois, the wife of W.E.B. Du Bois, and Chinese Ambassador Huang Ha.

It must be mentioned that Paul Robeson, W.E.B. Du Bois, his wife Shirley Graham Du Bois and Robert F. Williams all supported the 1949 Chinese revolution. Malcolm also was a huge supporter of the People’s Republic of China. He was delighted when China tested its first nuclear weapon.

Babu talked about the significance of this event at the Malcolm X: Radical Tradition and a Legacy of Struggle Conference in New York City in 1990. 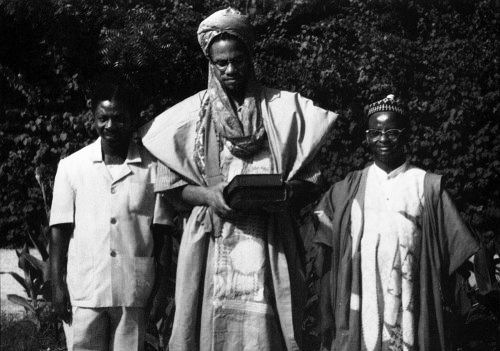 Says Babu: “When Malcolm X came to Tanzania, I took him to meet President (Julius) Nyerere on another historic date. Because that very day, China exploded her first nuclear bomb. And as we went to see Nyerere, Nyerere said, “Malcolm, for the first time today in recorded history, a former colony has been able to develop weapons at par with any colonial power. This is the end of colonialism through and through.”

Malcolm was the chief organizer of the Nation of Islam and the founder of the group’s newspaper Muhammad Speaks. He split with the nation and its leader Elijah Muhammad in 1963. At the time of his death he headed two organizations. The secular group, the Organization of Afro-American Unity (OAAU), was his political arm. He also organized the religious group, Muslim Mosque Inc. (MMI), which practiced Sunni Islam.

Today Islam is the second largest religion in the United States and Canada. Many credit Malcolm with helping spread Sunni Islam as well as revolutionary Black Nationalism and pan-Africanism among African people in the Western Hemisphere.

Like Augusto Cesar Sandino of Nicaragua or Sun Yat-sen of China, Malcolm was embraced by all sectors of the Black Nationalist and pan-Africanist movements. All Nationalists and Pan-Africanists claimed to follow his example. Revolutionary Nationalist groups like the Black Panther Party and the League of Revolutionary Black Workers emerged in the late 1960s, after Malcolm’s death. Even after the BPP and the League embraced Marxism, Malcolm was still their man. The cultural Nationalists who maintained that the cultural revolution must precede the political one also embraced Malcolm. 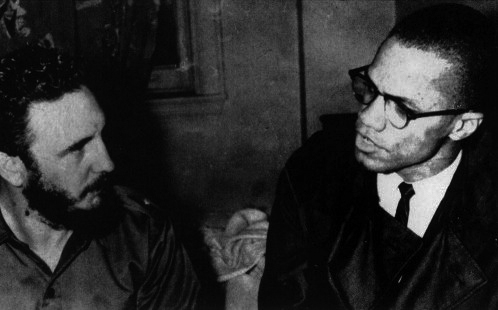 He was a controversial figure. Actor Ossie Davis eulogized him as our “Black Shining Prince” while the director of the U.S. Information Agency, Carl T. Rowan, referred to him as “an ex-convict, ex-dope peddler who became a racial fanatic.”

He was loved by the oppressed and hated by the oppressors. Malcolm spoke about the MMI and OAAU in these terms: “Its aim is to create an atmosphere and facilities in which people who are interested in Islam can get a better understanding of Islam. The aim of the OAAU is to use whatever means necessary to bring about a society in which the 22 million Afro-Americans are recognized and respected as human beings.”

“The Autobiography of Malcolm X” by Alex Haley and other books by and about Malcolm continue to sell worldwide. Some of his books have recently been published in Cuba. Malcolm was one of the few Black Nationalist leaders who welcomed Cuban leader Fidel Castro to Harlem in 1960.

Many Nationalists didn’t want to be identified with communism. Carlos Cooks, the leader of the African Nationalist Pioneer Movement, absolutely refused to have anything to do with Castro. But African people in the West could easily identify with the slogan, “When Africa called, Cuba answered.” Kwame Ture (Stokely Carmichael) was fond of reminding us that the only place in the United States that Fidel felt safe was in Harlem.

Toronto-based journalist and radio producer Norman (Otis) Richmond can be heard on Diasporic Music the last Thursday of every month at 8-10 p.m., Uhuru Radio every other Sunday 2-4 p.m., Saturday Morning Live on Saturdays 10 a.m.-1 p.m. He can be reached by e-mail at norman.o.richmond@gmail.com.

‘The United States of Paranoia’