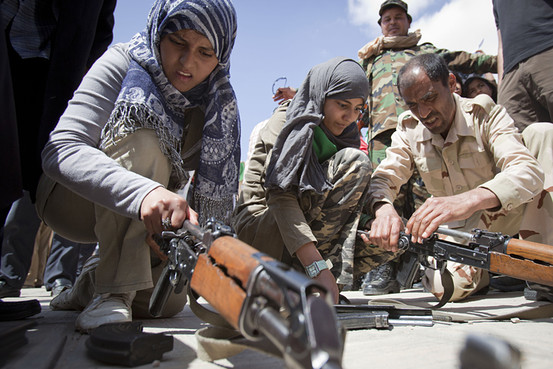 Who doesn’t remember Obama’s historic visit to our country? Indeed, what a day it was. We Ghanaians are known for our hospitality and delightful smiles! On that particular day, however, we outdid ourselves.

Ghanaians, both young and old, took to the streets cheering. The air was charged with euphoria and evening glory. I remember it so well!

To tell the truth, I wasn’t in Ghana on that day. Though, I would’ve loved to be. Unfortunately, I was in my country of sojourn. The Netherlands, to be precise. My eyes were glued to the television screen whilst the images of the historic visit unfolded.

President Mills was amongst the roaring crowd. He caught my attention! The joy on his handsome Black face was inescapable. It was unmistakably Ghana’s joy. Priceless to behold! One thing was certain: Mills was happy to welcome America’s first Black president, his lovely wife Michelle and their two beautiful daughters. It showed! Some events happen for us to remember. Of course, others happen for us to forget! I am sure that Obama’s visit would be categorized in the former.

It has been two years since the said visit. So much has changed since then! President Obama, who many expected to bring peace and civility, has become a warmonger. His predecessor, George Bush, created so much animosity in the world. His thirst for blood made him unlovable. His gangsterism made him unrespectable. In short, his presidency was inadmirable. A total disgrace! His name is cursed all over! So naturally, the world expected Obama to be different. Sadly, this hasn’t been the case. Obama seems to have traded the noble ways of peace for war. This is most unfortunate! His policy on Libya comes to mind. Do y’all know that Obama didn’t consult Congress before attacking Libya? Very unusual!

One would’ve expected Obama to pursue a dialogue to bring about peace. If Obama can sit with Netanyahu to talk about peace, then who or what prevented him from holding a dialogue with Qaddafi? I am sure that Muammar al-Qaddafi would’ve welcomed a dialogue. Regrettably, this option wasn’t weighed upon, nor was it considered. He went after Muammar al-Qaddafi without giving peace a chance! NATO was given the green light to kill him. Under the guise of protecting the people of Benghazi, of course!

Having said this, does Obama know what Muammar al-Qaddafi means to Africa? Does he know that Qaddafi has been helping Africa assume her rightful place? Muammar Qaddafi’s financial contribution to the development of Africa is unmatched. Unprecedented! Everybody knows this! This man has been doing so much good for the continent. He has been good to Africa, to say the least.

In Libya, his record on national development speaks volumes. This man has spent the last forty-two years building his country! Those who have been to Libya would tell you that Muammar isn’t corrupt. There’s a circulation of wealth in that country.

Those in need of employment have employment. Those in need of education have access to free education. There’s a welfare system set up for the temporarily unemployed. As a result, the crime rate in Libya is close to zero. Qaddafi has built affordable houses for everybody. Nobody starves in Libya and Libyans don’t travel in search of greener pastures! In short, Qaddafi has been using the oil money wisely.

Nigerians have oil! But can they say the same about their raggedy and corruption-infested country? No, I don’t think so! Yet they were quick to condemn the Libyan ruler. They were quick to betray. And all for what? As for you Ghanaians who are bad mouthing Qaddafi, let me ask y’all this question: What kind of country have you created with your 54 years of independence? And are you proud of it? Tell the truth!

What’s Qaddafi guilty of that Obama, Sarkozy and Cameron should hunt him down like a criminal? This is the question! Obama says that he is protecting the people of Benghazi. Of course, a lie, but told so true!

What did Obama do about it? Nothing! There were no NATO airstrikes on Egypt. None whatsoever! In Yemen, protestors are being shot and killed. I don’t see NATO anywhere near that country!

In Tibet, the Chinese government has been preying on the Tibetans for years. As a consequence, their spiritual leader, the Dalai Lama, had to flee to India to seek refuge. Where is NATO? I don’t see NATO bombing China. Or do you? Obama is completely mute on this issue! America, the oil-thieving-imperialist, looks away unconcerned!

If Obama is so concerned about protecting human lives, then how come NATO isn’t bombing Israel?

Perhaps Obama doesn’t wish Africa well. Perhaps he’s least concerned about Africa’s development. Hence the decision to kill Muammar al-Qaddafi, Africa’s most generous son. If this is the case then what is Obama? Is he Africa’s friend or enemy? Dear reader, your guess is as good as mine!

Welcome to the new age of consciousness!

The Emperor is a columnist on GhanaWeb, where this story first appeared. 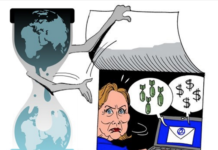 Clinton e-mail on Libyan conquest: We came, we saw, we got oil 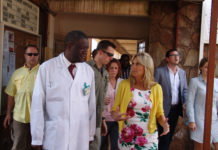 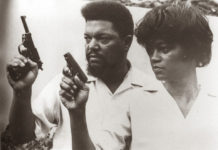