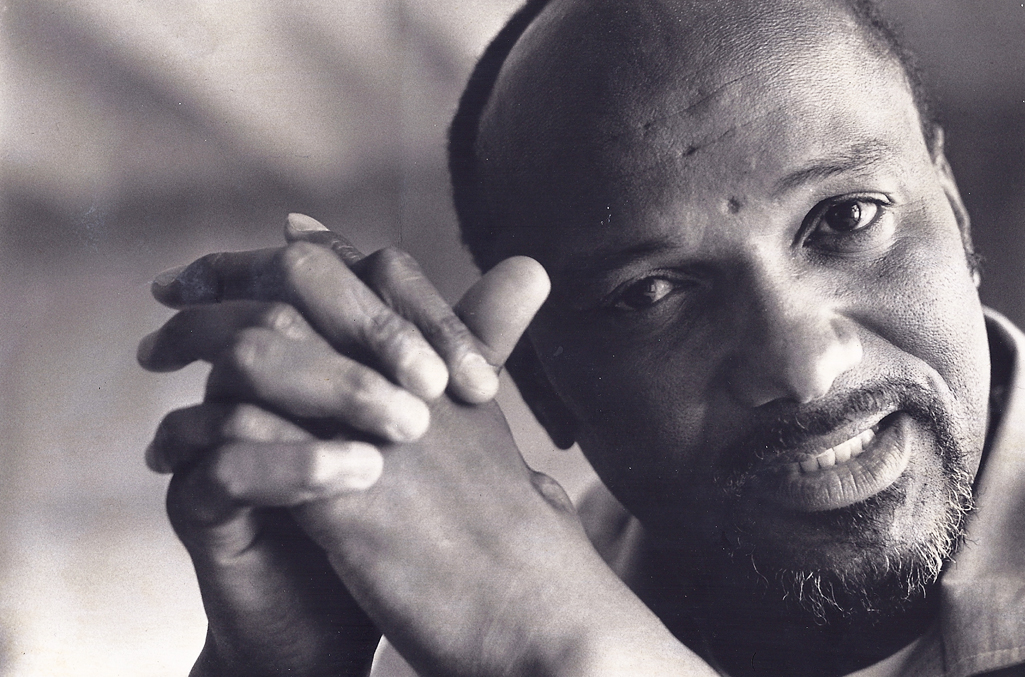 A number of trees have fallen in the forest this past month and we want to acknowledge the huge spaces their absence brings: Geronimo ji jaga Pratt, Black Panther, decorated veteran of multiple wars – Vietnam and COINTELPRO – philanthropist, father, husband, comrade, and Reginald Major, scholar, husband, father to devorah major and author of “A Panther is a Black Cat.” We also want to offer condolences to both their families and their comrades. Both were soldiers to the very end. We also want to offer condolences to Majeedah Rahman, director of The Healthy Baby Project and professor at Contra Costa College, where she teaches Women’s Studies. I saw her recently at the AAMLO Townhall and she told me about the recent loss of her mother and aunt.

“Labor Fights Back from Egypt to Wisconsin and San Francisco” is the theme of this year’s Labor Fest, which runs from July 2-31. Visit www.laborfest.net.

The FilmWorks United series features “The Inconvenient Truth Behind Waiting for Superman” (2011, 65 minutes), directed by Julie Cavanagh, a teacher, a film which looks at the campaign to push for privatization of education in the film, “Waiting for Superman.” It screens July 5, 6 p.m., with “Backyard (el traspatio),” directed by Carlos Carrera (2009, Mexico, 122 minutes). Sabina Berman’s screenplay looks at the conditions and causes of the attacks on women in Ciudad Juarez, Mexico. This screening and others are at 518 Valencia, near 16th Street in San Francisco. 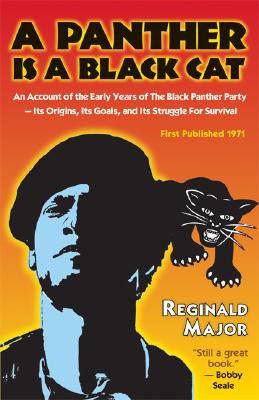 In Vallejo, Judith Offer’s “Compared to What?” which looks at the beginnings of the Brotherhood of Sleeping Car Porters, opens at Mira Theatre, 51 Daniels Ave., on Friday, July 8, and continues through July 23. Shows are Friday-Sundays. Call (707) 552-0400 or visit www.miratheatreguild.org.

Poetry in the Struggle

Larry Shoup, author of “Rulers and Rebels: A People’s History of California, 1769-1901,” presents his new book, “California and the 150 Anniversary of the US Civil War: Slave Labor and Free Labor,” on Monday, July 18, 7 p.m., at Green Arcade, 431 Market St. at Gough Street in San Francisco. The new book looks at the trade unions, segregationists and the role of slavery in early California history, including the struggle to free an enslaved African American, Archie Lee, who escaped twice from his “owner” in San Francisco. Visit http://rulersandrebels.com/. This event is part of Labor Fest; see http://www.laborfest.net/2011/2011schedule.htm#2.

Playwrights Foundation’s 34th Annual Bay Area Playwrights Festival at the Thick House, 1695 18th St. in San Francisco, July 22-31, hosts winners Jackie Sibblies Drury and Chinaka Hodge. Drury’s play, “We Are Proud to Present a Presentation About the Herero of Namibia, Formerly Known as South-West Africa, From the German Sudwestafrika, Between the Years 1884-1915,” is directed by Eric Ting. 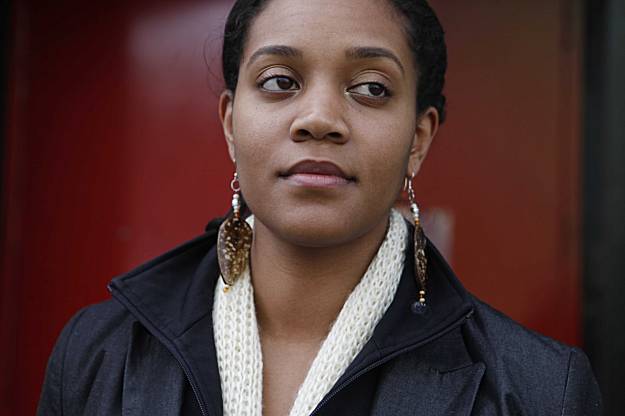 In a post-racial world evolved beyond race and racism, what does it mean to have an open discussion about race? Drury’s brave, visceral play exposes the fault lines in our liberal, beyond prejudice contemporary art culture. It asks how we are different from our ancestors and whether we have created distance between our primal and contemporary selves. The performances are Saturday, July 23, 12 noon, and Thursday, July 30, 4 p.m.

Chinaka Hodge contributes a new one-act play to the Bay Area SHorts or BASH. The Oakland native continues to turn to her Oakland roots for inspiration with her BASH contribution, “700th and Int’l,” directed by Edris Cooper Anifowoshe. The title refers to the longest and roughest street of East Oakland extended into the geography of the afterlife, as the actual boulevard extends only through the 100s. The fantasy explores the powerful bond of friendship between two talented and determined “‘hood chicks” as they train and compete for track titles, navigating life and death on Int’l Boulevard. Performance dates are Sunday, July 24, 12 p.m., and Thursday, July 28, 7 p.m.

‘The Underground Railroad: Songs of Hope and Freedom’

Curator Bill Doggett opens the program, Saturday, July 2, 2011, 1 p.m. at the San Francisco Main Library, Koret Auditorium, with special recordings of Negro Spirituals from 1910-1915. This program is in conjunction with an exhibit in the African American Center, third floor, up through Aug. 4. Doggett’s exhibit in 2009, “The African American Concert Singer 1900 to 1960” with a special tribute to Paul Robeson on his 111th birthday was quite informative and enlightening about an almost lost history.

“Songs of Hope and Freedom” is a great follow-up to the wonderful program June 18, hosted by the Friends of Negro Spirituals, “A Juneteenth Community Sing,” referencing1865, when Union Major-Gen. Gordon Granger read General Order No.3 to the people of Galveston. Granger’s appearance in West Oakland for the occasion was remarkable, and accordingly his appearance, as a Black man, no less, sparked a little controversy as he read the Emancipation Proclamation, signed Jan. 1, 1863, with commentary (smile). As depicted by Brother Norman K. Brown, he pointed out that the original document had exclusionary clauses which allowed certain cooperative Southern states to keep slaves up to the end of the war, which is celebrating its 150th anniversary. This of course did not dim the delight of emancipated Texans, who danced with jubilee at the news, on June 19, 1865.

Ise Lyfe’s hip hop theatre piece, based on his collection of poetry by the same title, “Pistols & Prayers,” continues through July 17 on Fridays-Saturdays at 6 and 9 pm. and Sundays at 3 p.m. Written and directed by nationally renowned spoken word hip-hop theatre artist Ise Lyfe, the work is a powerful poetic collage of sociopolitical commentary, blended with a glimpse into his coming of age as a man, artist and advocate for social change. 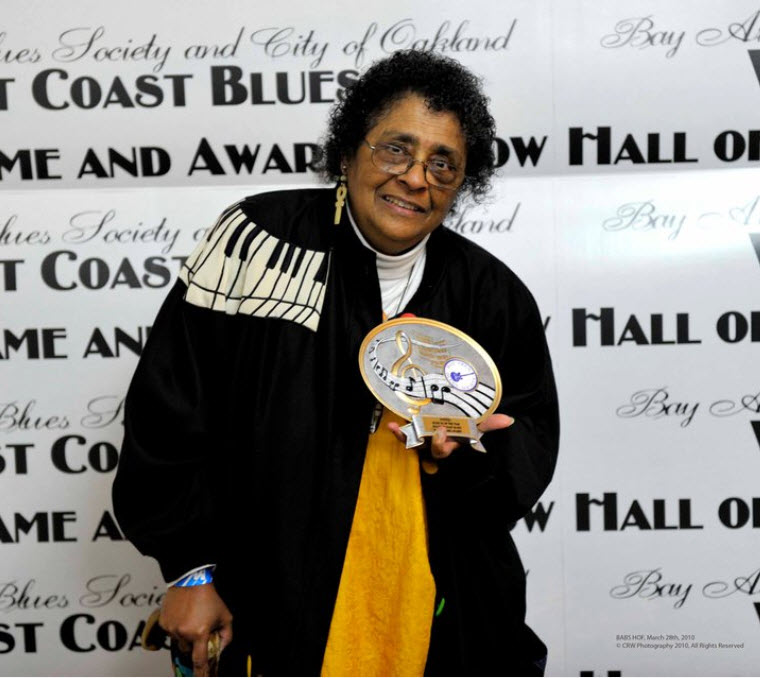 “Pistols & Prayers” brings together on one stage spoken word, African American folk spirituals, classical music, hip-hop and theatre with live music featuring harpist and vocalist Destiny, DJ DC of 106KMEL, classical pianist EJ Youngblood and other special guests. The interweaving of these threads evolves into an amazing and thought provoking fabric of a theatre performance piece. The address is 408 14th St., Oakland. Tickets are $10 for 17 and under, $15 for general admission.

Dr. K. Kia Bunseki Fu-Kiau, B.A., M.Ed., M.S. and Ph.D., is an indigenous African teacher, scholar, lecturer, healer and spiritual guide. He is the author of many books including “Simbi-Simbi: Hold Up That Which Holds You Up” (2006), “African Cosmology of the Bantu-Kongo” (2001), and “Self-Healing Power and Therapy” (1991). He has lectured on African concepts of reality and African spiritual practices throughout Africa, Europe, the United States, the Caribbean and South America. He is one of the great elders of the African family and a true gift to humanity.

Currently, Dr. Fu-Kiau is facing a serious health challenge. After several months in the hospital, he is now convalescing in a Boston nursing home. He owes thousands of dollars in medical and other bills generated while he was in the hospital. There is also an urgent need to help pay transportation expenses to allow his family and friends to get to Boston and provide the kind of loving and supportive care he needs at this critical time. Visit http://www.kapipal.com/fu-kiau.