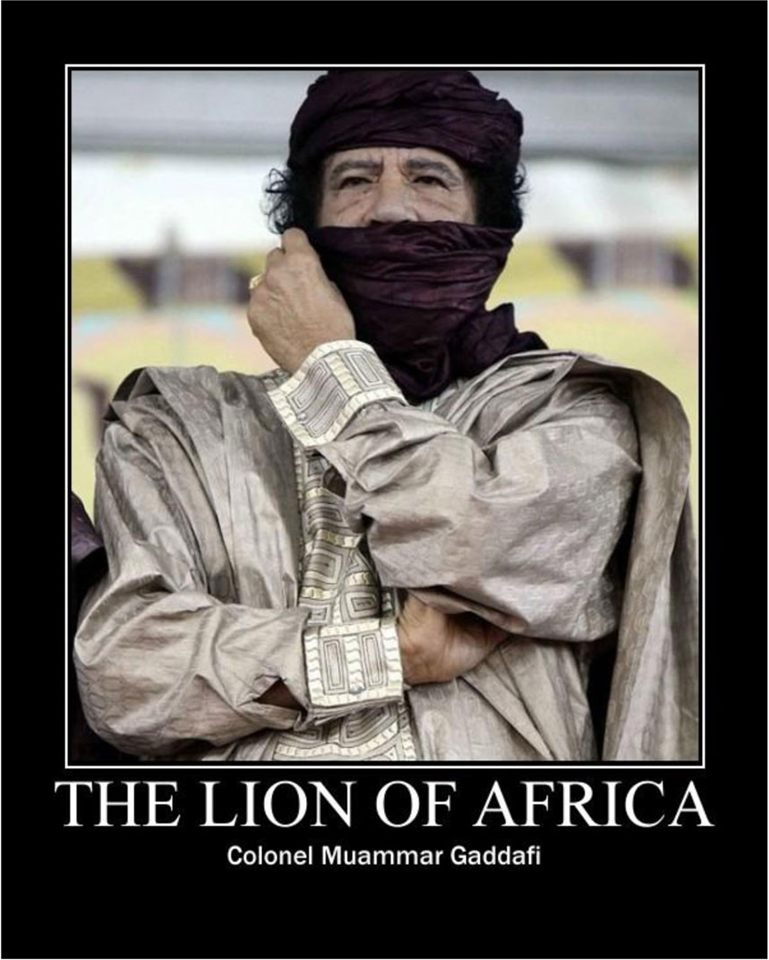 Venezuelan President Hugo Chávez condemned the killing of Libyan head of state Muammar Qaddafi as an “assassination” and “a disregard of life.”

The Libyan leader was confirmed dead Oct. 20 by the rebel National Transition Council (NTC) with images of Libyan rebels displaying his corpse beamed around the world. Qaddafi died while in the custody of the rebels, with varying accounts of exactly how he was killed.

Hector Navarro, socialist deputy of Chávez’s party in the Venezuelan National Assembly, declared that the “assassination” of Qaddafi was “a situation which cannot be permitted in the world” and that the beamed images went against “every logic of human relations.”

Chávez stated that Qaddafi would be remembered as “a fighter and a martyr” and opined that the conflict in Libya isn’t finished, because in the North African country “there is a people, a dignity that the Yankee empire will not be able to dominate.”

“The most lamentable thing is that in their [the U.S.] determination to dominate the world, and their European allies, they are setting it alight,” he continued. 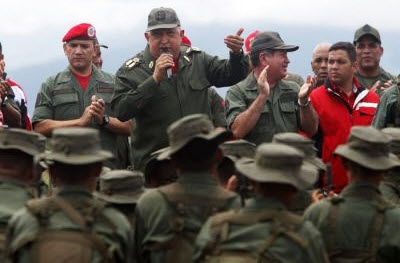 When the conflict began in Libya early this year, countries of the U.S.-led NATO alliance recognized the anti-Qaddafi rebels, beginning with France on March 10 and, after winning a U.N. resolution, began bombing Libya on March 19.

Chávez backed Qaddafi and refused to recognize the rebels, criticizing NATO involvement as waging an aggressive war in order to take control of Libya’s oil reserves and a “pulverization” of international law.

In late February, Chávez proposed forming an international peace commission in order to broker a peaceful resolution to the Libyan conflict, which would involve African Union and other countries that supported this aim. However, on April 11 the NATO-backed NTC refused to accept a peace plan from the African Union on that basis that didn’t contain provisions for Qaddafi to leave power. 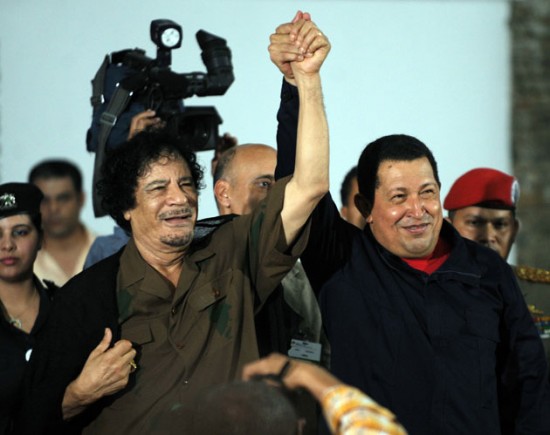 Following his return in September from reportage in Libya, TeleSUR journalist Rolando Segura aired claims that over 1,800 people had been killed as a result of NATO bombing alone, and more than 50,000 as a result of the invasion and conflict as a whole.

Chávez had been a staunch ally of Qaddafi, considering strategic relations with Libya part of constructing a “multi-polar world” with greater “South-South” cooperation between Latin America and Africa.

This story first appeared at http://venezuelanalysis.com/news/6573.

‘The law of the jungle’

by the December 12th Movement

Father Miguel d’Escoto of Nicaragua, the former president of the U.N. General Assembly, once stated that Western countries treat international law as “the law of the jungle.” The NATO-led cold-blooded murder of Libya leader Col. Muammar Qaddafi is the latest, most blatant example of that truth.

The West – United States, France, England, Italy – twisted the plain meaning of U.N. Security Council Resolution 1973, the “no fly” zone resolution, as a cover to bomb Libyan civilians loyal to Col. Qaddafi, to act as an air force for the illegitimate and racist “rebels,” and to effect regime change in Libya and assassinate its legitimate leader. They did it because Col. Qaddafi stood for a United States of Africa, opposed U.S. military presence in Africa (AFRICOM), was setting up an independent monetary fund for Africa and, of course, controlled large deposits of the world’s best oil. 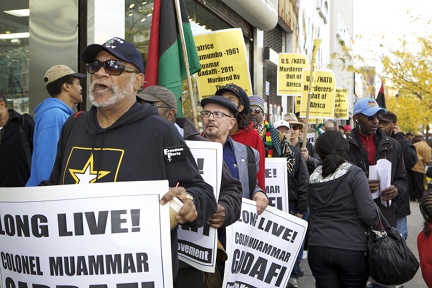 Before finally murdering Col. Qaddafi, they used the ICC (International Criminal Court) to criminalize him. This was not difficult, as the ICC itself has become another weapon in Western hands in their campaign to recolonize Africa. African leaders are the only people on trial before the ICC.

Libya is simply the most recent assault on African people’s right to self-determination. We can rest assured that the next target will be President Robert Mugabe of Zimbabwe. The insertion of U.S. Special Forces into Eastern Africa last week is the first step in that campaign.

The way to honor the revolutionary pan-Africanist legacy of Col. Qaddafi is by fighting to maintain the independence of Africa and African people. We must educate our community to see through the media propaganda which tries to make our friends our enemies and our enemies our friends. We must have Zimbabwe’s back.

We are far past the time for prosecution of the real criminals in the international arena. There can no longer be a double standard which exempts Western state terrorism from punishment. Save this date: Jan. 14, 2012. On that day, we will convene an International People’s Tribunal on War Crimes and Violations of Human Rights. The defendants will be the U.S., France, Great Britain, Italy and NATO. Our community will take the verdict of the trial to the prosecutor of the ICC at the Hague in Europe and demand an investigation, indictment and prosecution of the real criminals in the world today.

The December 12th Movement can be reached at D12M@aol.com.

This is my will

This is my will. I, Muammar bin Mohammad bin Abdussalam bi Humayd bin Abu Manyar bin Humayd bin Nayil al Fuhsi Qaddafi, do swear that there is no god but God and that Mohammad is God’s Prophet, peace be upon him. I pledge that I will die as Muslim.

Should I be killed, I would like to be buried, according to Muslim rituals, in the clothes I was wearing at the time of my death and my body unwashed, in the cemetery of Sirte, next to my family and relatives.

I would like that my family, especially women and children, be treated well after my death.

The Libyan people should protect its identity, achievements, history and the honorable image of its ancestors and heroes.

I call on my supporters to continue the resistance and fight any foreign aggressor against Libya, today, tomorrow and always.

Let the free people of the world know that we could have bargained over and sold out our cause in return for a personal secure and stable life. We received many offers to this effect but we chose to be at the vanguard of the confrontation as a badge of duty and honor.

Even if we do not win immediately, we will give a lesson to future generations that choosing to protect the nation is an honor and selling it out is the greatest betrayal that history will remember forever despite the attempts of the others to tell you otherwise.

Muammar Qaddafi was the leader and guide of the revolution of Libya. He died a martyr to the noble cause of the independence and sovereignty of his country, assassinated on Oct. 20, 2011, by traitors in the service of NATO. This English translation of his will was published by BBC on Oct. 23, 2011; it is reproduced here [in Monthly Review] for non-profit educational purposes. Note: In Islam, the body of a martyr is to be buried unwashed, like those of the followers of Muhammad who died at the Battle of Uhud, fighting against the Meccan army. 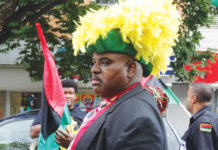 First images released of Venezuelan President Chavez since his operation