Prior to our two hunger strikes in 2011, we prisoners who are suffering indefinitely in solitary confinement for being validated as prison gang members or associates, held in these Administrative Segregation (Ad-Seg) and Security Housing Units (SHUs) anywhere from one to 40 years, have been unable to successfully challenge these conditions because the CDCr* was and is the conspirator in this safety-and-security-of-the-institution scam/scheme that fleeces Californians out of their taxpayer dollars. 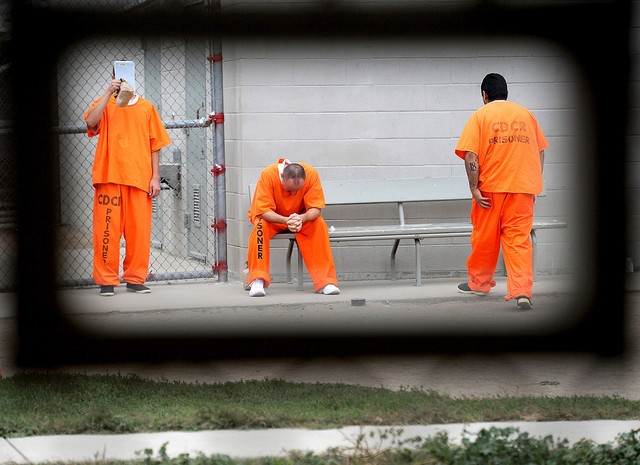 For the past 40 years, prisoners have been removed off general population (GP) due to being validated as alleged prison gang members or associates. This is the sole reason for our placement: not behavior.

If it was behavior-based lockup, none of us would be in SHU.

CDCr started this indefinite lockup in the mid- to late 70s, 1975 to 1979, and CDCr soon realized that there was an economic incentive for labeling prisoners as a threat to the safety and security of the institution.

CDCr also locked people up for their program failure by sentencing them to determinate SHU lockup, meaning that if you commit a SHU offense, you will be held in solitary confinement for a period of time, anywhere from three months to five years. If you are a repeat offender, then you will be given an indeterminate SHU program, classified under the program as a failure or disruptive group.

But that placement is based on what the prisoner actually did, as evidenced by Rules Violation Reports (RVR), which are used to justify one’s SHU placement. This basis is supposed to afford the prisoner the right to his or her due process, and if the prisoner maintains good behavior, he or she would be released from SHU by the Institutional Classification Committee (ICC). Due process is, or was, afforded to all under the indeterminate SHU, because your behavior actually dictated your release.

CDCr decided that they wanted a certain class of prisoners off GP and that they – CDCr officials and officers – could, at the same time, make a profit, because as we have explained, it costs a lot more to hold someone in solitary confinement. Rounding up figures, costs are in the amount of $71,000 annually for each solitary confined prisoner and $60,000 annually for each prisoner in GP.

CDCr started this indefinite lockup in the mid- to late 70s, 1975 to 1979, and CDCr soon realized that there was an economic incentive for labeling prisoners as a threat to the safety and security of the institution.

The prison gang validation system would not be used to place prisoners indefinitely in indeterminate-SHU programs – NO consideration for good behavior, like, for instance, remaining discipline free, no criminal offenses, no gang offenses etc. This validation system is run by the prison gang intelligence (?) officials and officers, and the use of prison informers, accusing other prisoners of being part of a prison gang. A prisoner could be discipline free for years on top of years and still be placed in solitary confinement for the rest of his life – on the word of a prison snitch or a corrupt CDCr validation system with an indefinite term.

Here’s a cost analysis that shows why! Every 500 prisoners placed in solitary confinement in California are worth $71,000 multiplied by 500 equals $35,500,000, or thirty five million, five hundred thousand dollars annually – a lot of extra money for guard pay.

But there are more than 3,000 prisoners in solitary confinement – in SHUs – in California. Sadly, we are not counting the 14,000 prisoners held in Ad-Seg, anywhere from one to eight years, at a cost of $77,740 a prisoner. And they are being held illegally in Ad-Seg throughout CDCr prisons, waiting to go to SHU for long periods of time, in violation of CDCr California Code of Regulations, Title 15, Rules and Regulations governing Ad-Seg retention. Prisoners have been held for years awaiting space in SHU units because of overcrowding.

CDCr decided that they wanted a certain class of prisoners off GP and that they – CDCr officials and officers – could, at the same time, make a profit, because as we have explained, it costs a lot more to hold someone in solitary confinement.

Director of CDCr Matthew Cate [this was written before his recent resignation] and Undersecretary Terri McDonald lied when they said that there are only 3,000 prisoners held in SHU, because Ad-Seg is no different from solitary confinement; it is the beginning of the physical and psychological torture of prisoners held in solitary.

Many Ad-Seg prisoners debrief (snitch) before they are even validated to get out from under these conditions and for their own selfish reasons. That is one of the reasons why CDCr officials hold them in Ad-Seg so long, isolated, in order to magnify their suffering. Many Ad-Seg prisoners are treated so badly that they begin to file 602 appeals to be sent to SHUs, where their only relief is to receive their personal property while still being subjected to torture inside these SHU units.

The governor and the CDCr director are lawyers who should be prosecuted for their crimes against humanity – i.e., torture – and abuse of the power entrusted to them, and the race based confinement placement.

CDCr and the state of California should be held accountable for the fleecing of the California tax payers, for the countless billions of dollars they have been swindled out of. Because CDCr is not paying $71,000 dollars per year on each prisoner held in solitary confinement.

Every taxpayer NEEDS to realize this.

CDCr gets $180 million annually from the state, and 80 percent of that goes to payroll, amounting to $144 million. This leaves only 20 percent, or $36 million, to oversee a total of 3,234 prisoners to be taken care of annually on that $36 million. And Pelican Bay shaves still more off of that $36 million in order to put more money into staff pockets.

These numbers alone should build outrage toward shutting down these torture chambers. This is fleecing of taxpayer dollars – i.e., embezzlement, fraud, misappropriation etc. The United States governments – local, state and federal – have manufactured ways to steal taxpayer monies by utilizing a race-based system of exploitation of people of color, especially here in California.

CDCr gets $180 million annually from the state, and 80 percent of that goes to payroll, amounting to $144 million. This leaves only 20 percent, or $36 million, to oversee a total of 3,234 prisoners to be taken care of annually on that $36 million.

We prisoners are being forced under the brutality of a prison system that has set out to torture us into becoming prison informers by using the power of the system, CDCr, to physically and psychologically torture us by holding us in solitary confinement (Ad-Seg and SHU) indefinitely. This fact is demonstrated by the resistance CDCr has put up in order to maintain their money making machine – i.e., solitary confinement units – against us prisoners.

They have offered us prisoners nothing substantial toward our release from solitary confinement; instead, they have manipulated and blocked any attempt we have made toward our Five Core Demands: 1. An end to group punishment; 2. The abolishment of the debriefing policy and modification of the active/in-active gang status criteria; 3. An end to long term solitary confinement; 4. The provision of adequate food and adequate medical treatment; 5. The provision and expansion of education and constructive programs and privileges, for indefinite SHU prisoners.

They have offered us prisoners nothing substantial toward our release from solitary confinement; instead, they have manipulated and blocked any attempt we have made toward our Five Core Demands.

We have to expose this system of race-based exploitation of prisoners and the fleecing of the California taxpayers by looking at substandard medical care in California prisons. CDCr’s “medical doctors” started using psychiatric medications in order to treat prisoners for various ailments. We are talking about unmanaged doses of drugs, which has led to an influx of highly medicated prisoners in solitary confinement, being diagnosed as crazy. These quack doctors had to know that prisoners would be compromised by these drug overdoses. We can say that prisoners were being used as guinea pigs – i.e., laboratory rats – because this has been going on a minimum of 50 years.

The use of inappropriate drugs, in dosages of questionable amounts, exploded when prisoners were assigned to the solitary units in large numbers. This was the era when the psychiatric and medical doctors began to use these drugs for everything, telling prisoners, “It will only be considered psych medication it you take it in higher doses. We just give you enough for your medical problem, because a lot of these medications work well for your medical condition.”

We are talking about unmanaged doses of drugs, which has led to an influx of highly medicated prisoners in solitary confinement, being diagnosed as crazy.

We can see clearly now that this was nothing but a scheme from the get-go, because it takes $172,857 per inmate to be housed in the PSU/EOP units. These are ridiculous numbers and the American people need to know this truth, because hard working taxpayers are being ripped off of billions of dollars, and the CDCr is the biggest scammer of taxpayers in the history of California, where, currently, you have a family of four, on the streets, living on $23,000 per year.

And there’s no money for anything in this state that will improve on the growth and development of children, teenagers and adults throughout the state. The money has been going into the pockets of politicians, judges, lawyers and CDCr personnel. The director of Adult Division of CDCr, Giurbino, makes hundreds of thousands of dollars for doing nothing but overseeing the exploitation of prisoners.

CDCr is a powerful institution because of the fleecing of California taxpayers’ money, which allows CDCr to use billions of dollars toward paying off lawyers, politicians, judges etc. in order to maintain their power structure.

And there’s no money for anything in this state that will improve on the growth and development of children, teenagers and adults throughout the state.

Time is now to destroy Goliath!

One Love One Struggle,

*The acronym CDCr, for California Department of Corrections and Rehabilitation, is sometimes written with a lower case “r” to indicate that the rehabilitation part of its mission has been abandoned in recent years.