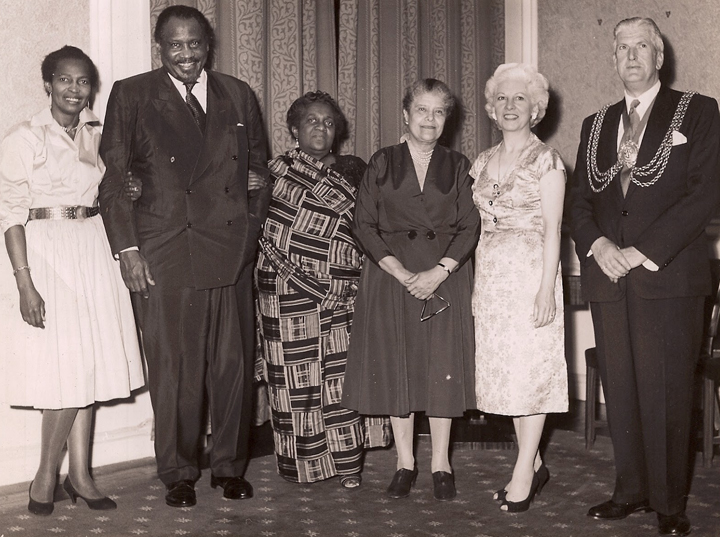 Professor Carole Boyce Davies of Cornell University has continued her unearthing of the life and political legacy of Claudia Vera Jones (1915-1964), a leading figure in the Communist and Black liberation movements between the 1930s and 1960s. Following her previous work entitled “Left of Karl Marx: The Political Life of Black Communist Claudia Jones” (2008), this book “Claudia Jones: Beyond Containment” (2011), is a collection of writings by Jones herself which reveal why her impact was so profound during the period between the Great Depression and the awakening movements of the 1950s and 1960s.

The first book by Davies was more of a literary critique of Jones’ work combined with analyses of the way in which her journalism and organizing has been largely ignored by the established left and African American scholarship on the history of the struggle for a synthesis of the convergence of national oppression, gender discrimination and class struggle. This book allows Jones to more fully speak for herself over a period of three decades from the Caribbean to the United States and finally Britain. 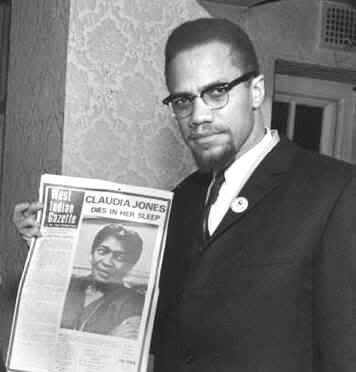 Jones was born Claudia Cumberbatch in1915 in Port-of-Spain, Trinidad, which was then a British colony. Although she came from a stable family, the economic crisis which hit the island during the 1920s prompted them to immigrate to New York City in 1922. Her mother worked in a garment factory after arriving in the U.S. but died in 1927.

A brilliant student, Jones would later join the campaign to save and free the Scottsboro Nine, who were falsely accused of raping two white women in Alabama. The young African American men faced the death penalty and had it not been for the efforts of the Communist Party and later the NAACP, they would have been executed.

Although Jones was highly accomplished academically, during the 1930s opportunities were extremely limited for African-Caribbean immigrant women. Instead of attending college or university, she took on menial jobs in laundries, factories and retail outlets in New York.

She would also become active in cultural affairs through a drama group organized by the National Urban League. Later she would begin to write a column entitled “Claudia Comments” for a Harlem publication.

In 1932, at the age of 17, she contracted tuberculosis, which damaged her health for the remainder of her life. Nonetheless, after her involvement with the Scottsboro Nine case, she became deeply involved with left politics and joined the Young Communist League (YCL) in 1936. 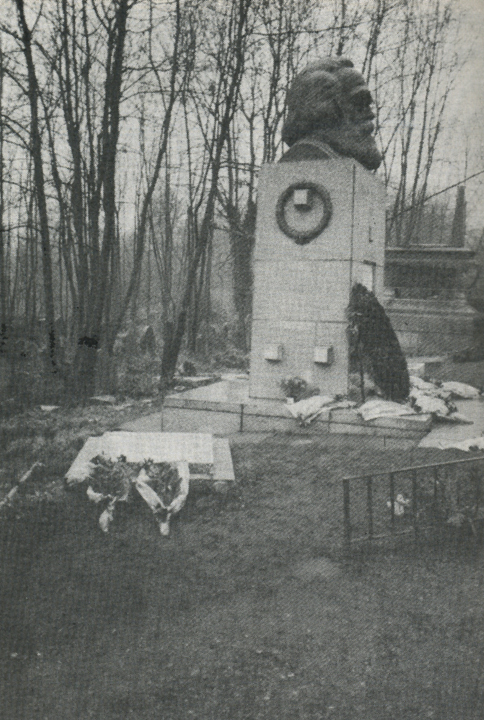 “I was like millions of Negro people and white progressives and people stirred by this heinous frame-up,” she explained in “We Seek Full Equality for Women” in 1949. “I was impressed by the Communist speakers who explained the reasons for this brutal crime against young Negro boys, and who related the Scottsboro case to the struggle of the Ethiopian people against fascism and Mussolini’s invasion. Friends of mine who were Communists began to have frequent discussions with me.

“I joined the party in February 1936 and was assigned to work in the Young Communist League shortly after. My first assignment was secretary of the YCL executive committee in Harlem and it was about this time, I got a job in the Business Dept. of the Daily Worker. This job coincided with my application for a $150 a week job in the field of dramatics with the Federal Theatre Project under WPA. I took the job at the Worker for $12–15 a week instead.”

Jones became an organizer in Harlem, where she engaged in mass work through the National Negro Congress (NNC) and the Southern Negro Youth Congress (SNYC).

Her talent and dedication would result in a meteoric rise within the ranks of the party. By the early 1940s, Jones would serve on the National Council of the YCL, directing its educational division. She sat on the editorial board of the Weekly Review and in 1943 she took control of Spotlight, the monthly magazine of the American Youth for Democracy.

Jones would become heavily involved as an organizer of youth, civil rights and religious groups as well as immigrant rights committees. In 1945, she was appointed “Negro Affairs” editor of the Daily Worker and became the youngest staff member. During the same year she was appointed to the National Negro Commission and the party’s National Committee. 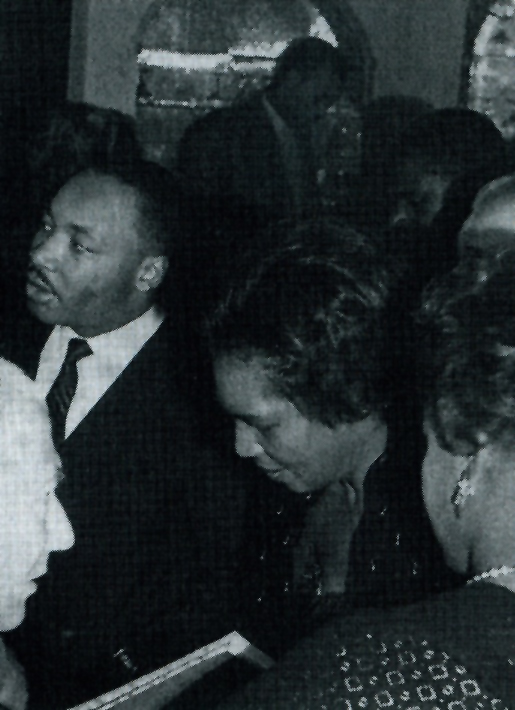 In a report to the Communist Party national convention in 1950, she stressed the need to “demonstrate that the economic, political and social demands of Negro women are not just ordinary demands, but special demands, flowing from special discrimination facing Negro women as women, as workers and as Negroes.”

“Historically,” Jones wrote in 1950, “the Negro woman has been the guardian, the protector, of the Negro family. From the days of the slave traders down to the present, the Negro woman has had the responsibility of caring for the needs of the family, of militantly shielding it from the blows of Jim Crow insults, of rearing children in an atmosphere of lynch terror, segregation and police brutality and of fighting for an education for the children.

“The intensified oppression of the Negro people, which has been a hallmark of the postwar reactionary offensive, cannot therefore but lead to an acceleration of the militancy of the Negro woman. As a mother, as Negro and as worker, the Negro woman fights against the wiping out of the Negro family, against the Jim Crow ghetto existence which destroys the health, morale and the very life of millions of her sisters, brothers and children.”

Jones’ organizing work brought her to the attention of the Federal Bureau of Investigation (FBI). In searching for background information on the young activist, government agents eventually discovered that she had applied for and been denied permanent residency and citizenship. 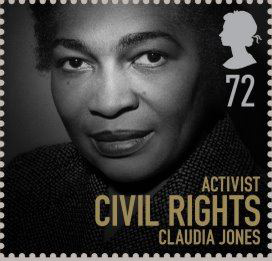 In the aftermath of World War II, the U.S. government began an intense campaign against the left. Thousands of people were harassed, vilified and arrested, forcing many into seclusion, exile and deportation.

During this wave of repression, Jones was arrested on immigration charges in 1948. She was held at the notorious Ellis Island detention facility while a campaign was launched which halted her deportation at the time. She was represented by an African American lawyer from Detroit, George Crockett Jr., who would later become a judge and U.S. Congress member.

Eventually in 1951, she was charged with violating the Smith Act, which outlawed the “advocacy” of overthrowing the U.S. government. She was indicted along with other leading Communists, including Elizabeth Gurley Flynn, Simon Gerson, James E. Jackson and others.

She remained free while the case was under appeal. However, in 1955 her appeal was rejected by the Supreme Court and she was sent to federal prison in Virginia, where she suffered a heart attack. Later in October 1955 she was released after a national campaign but was forced to leave the U.S. to live in Britain. 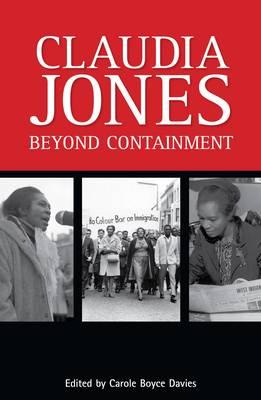 Her years in Britain were heavily centered on the fight against racism. She would publish the West Indian Gazette and initiate the Caribbean Carnival in London.

Jones traveled to the Soviet Union and China during the early 1960s. However, the conditions under which she lived in the U.S. when she had tuberculosis as a youth and the later heart attack in federal prison compromised her health in later years.

In December 1964, Claudia Jones passed away in Britain and was buried in Highgate Cemetery near Karl Marx. Her life contributions are becoming more well known in the current period.

This book makes a tremendous contribution to the literature on left, feminist and Pan-African struggles during the 20th century. A new generation of activists and organizers will benefit immensely from Jones’ writings on the most pressing and burning issues of the period.