It is a hobby that began almost 50 years ago while a student at the University of Maryland. “Quite simply, I was attracted to the graphics and the colorful way these buttons depicted the people and issues that were front-page news at the time. In recent years I began to realize that while some of what is portrayed on these buttons is still part of our popular culture, other things – important things like people and events – were being forgotten about by each new generation.”

Now, decades later, Albert Feldstein has the desire to preserve this history and share his button collection with others in a purposeful manner, the result being a new and unique poster entitled, “A Black History of America in 110 Buttons: The Events, The Issues, The Organizations, The People.”

According to the newly opened Smithsonian’s National Museum of African American History and Culture, America is often celebrated “as a place that forgets.” The goal of Feldstein’s poster as it relates to the museum’s “vision” is to recall the historic people and events which characterize African-American history. For some, it will rekindle memories – while for younger generations it will provide an impetus for research and a greater appreciation of past struggles.

The poster consists of 110 original Black History related buttons – from the Scottsboro Boys (1931) to the present, Black Lives Matter. Most of the buttons are self-explanatory; however, extensive historical footnotes are at the bottom with basic information, relevant dates, names and foundings.

The poster is a standard frame size, 36”x24”, which means a frame can be purchased right off the shelf. It has a one-inch margin and is printed on high quality white stock with an aqueous finish in a high resolution four-color process.

Many of the smaller buttons are re-sized – all are clearly and vividly readable and stand out. In developing the poster Feldstein became aware that there was nothing else like it, a poster that incorporated and colorfully depicted many of America’s African-American historical figures, organizations, causes, events and milestones – one that can be used in the classroom and also serve as a conversation piece for home or office.

“I still go out to events and such to collect buttons and posters. Quite simply, I love the history and public policy issues these items depict – and in a most colorful and graphic way. They are historic artifacts.

“As one who has no real artistic talent, the poster also fulfills my creative impulse. But it is preserving the history that really counts.” Feldstein notes that there are no doubt larger collections out there, “but it is what you do with it that matters.”

Since coming out this summer, the poster has been very well received. When recently asked why he selected 110 buttons for the poster, Feldstein responded, “That’s all I could fit.” But from SNCC to CORE and Frederick Douglass to Angela Davis, from the March on Washington to the March on Boston and Paul Robeson to Trayvon Martin, and from Malcolm X and Dick Gregory to Watts and the Black Panthers and so much more, the poster portrays it all.

We are also reminded of the organizations and people, most now gone, associated with the historic rally cries of “We Shall Overcome,” “By Any Means Necessary,” “One Man, One Vote,” “I Have a Dream,” “Black Power,” “Free Huey” and “Keep the Faith, Baby.”

“A Black History of America in 110 Buttons” is reasonably priced, shipped for free and can be viewed and purchased on the poster’s website, www.blackhistorybuttons.com. The website provides additional detail and also enables one to zoom in a little on the buttons.

As a public historian covering a wide variety of subject matter, Albert Feldstein has been active in the western Maryland community for decades. Among other honors, he has been recognized by the local NAACP as well as on the state level for work undertaken specifically on the region’s African-American history.

A website he volunteered to develop in partnership with the Western Maryland Regional Library on Allegany County, Maryland’s African-American history can be viewed at http://www.whilbr.org/AlleganyAfricanAmericans/index.aspx. Feldstein feels it is something that can be easily replicated by other communities.

Producing works such as the button poster is a hobby for Feldstein, and the publications are always limited. For more information, go to www.blackhistorybuttons.com. 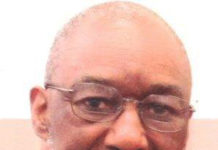 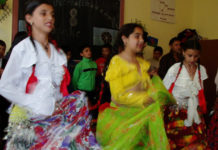 African Americans and the Gypsies: a cultural relationship formed through hardships