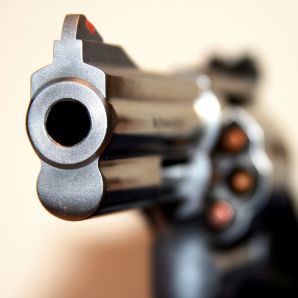 Young Black men have been killing each other for decades. It has gone mostly unnoticed in the larger community. These murders are only reported as criminal acts in order to sell the news. No notice has been paid to the root causes of this violence. No attempt has been made to cure this pathology. These violent acts are used to justify hiring more police. These police are an occupying force.

It appears that a Kabuki (provocative statement) that I presented to the press (Mr. Debro was interviewed by CBS5 News on Feb. 12; see CBS5 interviews Bay Area Black Builders: ‘The only thing this country understands is violence’ – ed.) is the only way to attract attention to this horrible situation. I suggested unemployment in the Black community is directly related to Black people being locked out of the public works construction in our communities. My Kabuki imagined that these same Black youngsters who kill each other might turn their guns on those who are using Black community turf to sell their labor. This Kabuki suggested that white people might be in danger working in a Black community without a diversified crew.

Federal money comes into San Francisco, to a large extent, because of the number of poor people in Hunters Point, Bayview and Vis Valley. This money is used to build structures in those communities. The people who are the reason for the money coming in are prohibited from working on those structures. Instead of jobs and contracts, they are given government cheese and Section 8 housing.

This is not unlike the welfare that the Black community has been handed over the past 50 years. Keep them dependent and poor. Do not build self-sufficiency. Keep them dependent. We need a dependent poor community. If we cannot develop and maintain one, we will import one. Our borders are porous because we need to import poor people to supplement the poor Black population.

There have been some unintended consequences from my public Kabuki. Two white ex-cops working for Lennar appeared at the mosque armed (for the Feb. 18 standing-room-only meeting sponsored by EPA on the City/Lennar Draft Environmental Impact Report and were arrested – ed.). This incident was not reported in the major press.

The San Francisco police called me. They were worried that my call for mitigation of Black violence might spill over into the white community. White workers were feeling some guilt about non-diverse work crews. Some organizations to which I belong felt obligated to distance themselves from my revolutionary ideas. A Black man working was too strong a statement for some people. The San Francisco Examiner is reporting that the non-diverse crew at the shipyard was afraid to come to work.

Bay Area Black Builders does not advocate violence. We do advocate doing all that is required to unlock the doors to economic opportunity for Black people. We do plan to make it uncomfortable for public officials and large white contractors to continue to keep us locked out of the construction process, funded largely by a census of poor people.

If the thought of a Black man working is not too revolutionary an idea, we would like you to join us. We plan to picket the library site in Hunters Point and the Cox school site in Oakland. Our phone tree will announce the date.