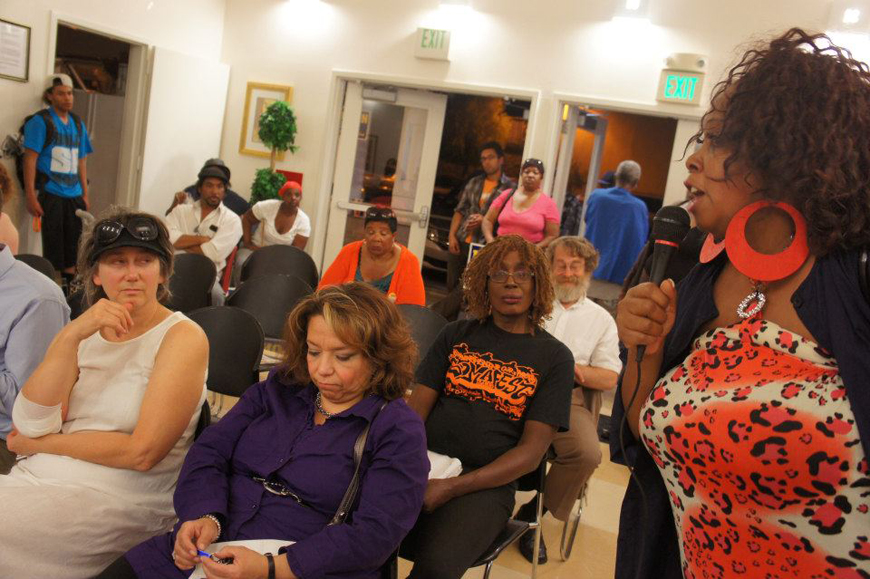 “We went to City Hall over 65 times last year and at the end of the day we got nothing,” said Martha Hollins, mama and auntie to many at the Plaza East Housing Complex in San Francisco’s Western Addition, or Fillmore. I had the pleasure of meeting Mrs. Hollins when my sister-mama, welfareQUEEN Queenandi XSheba and I were discussing what to do about the ongoing violence, death and disconnection that this majority Afrikan people’s community faces daily and how to bring some attention to the neighborhood through a candidate forum.

“I am schooling every young person who stands in front of my house,” QueenNandi explained to me as she and I spoke like we do weekly and daily about what we can do as mamaz in resistance about the strong young Black and Brown folks who stand on corners in this increasingly gentrified neighborhood and often end up in situations they shouldn’t be getting into and often times getting shot.

Mrs. Hollins, Queenandi and I and all of the POOR Magazine poverty, race, disability, migrant, indigenous, youth and elder skolaz and artists did end up deciding to host a forum for candidates to represent District 5 on the San Francisco Board of Supervisors right there in the “housin’ project” community room. Our night was full of community voices and cultural art – ‘cause that’s how we roll; even a candidate forum don’t got to be boring – so we had spoken word, poetry and performance from the Po Poets project and welfareQUEENs, who include life-long Fillmore residents Queenandi, Jewnbug, Ruyata, Tony Robles and family from all over the Bay in solidarity, as well as the Village Time-Keeper. At POOR Magazine we really ARE the village that so many politricksters talk about: a poor people-led, indigenous peoples-led self-determined revolution.

And the night had most of the candidates: Christina Olague, London Breed, Julian Davis, Thea Selby and Andrew Resignato. They all spoke. 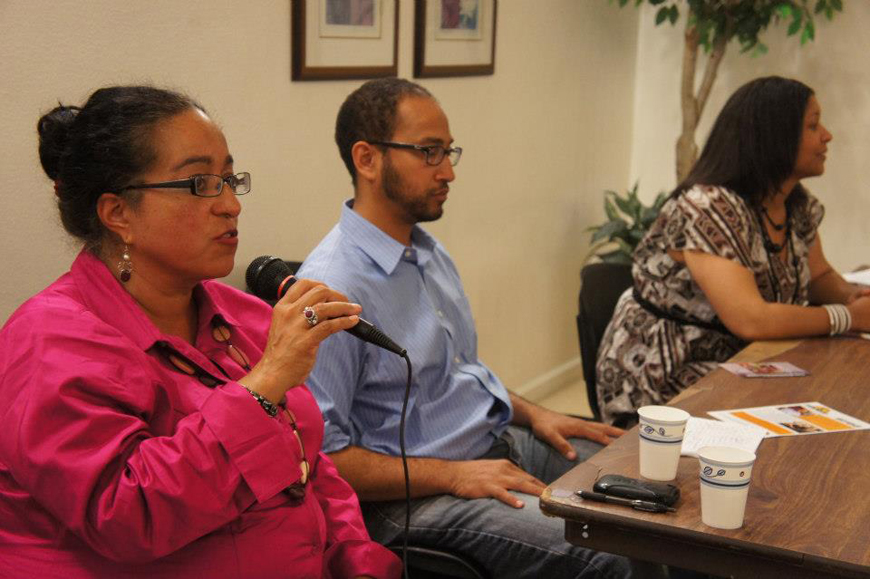 “I am from here, grew up right down the street, raised by my grandmother,” announced London Breed as she stood up and told her story and vowed to bring resources to Plaza East.

“I have been organizing with low-income communities of color for a long time. I didn’t just invent myself as an organizer. I am committed to listening and supporting this district,” incumbent Supervisor Christina Olague declared.

“I am a mother; it’s why I got into politics. Parenting is political,” Thea Selby said.

“I will be organizing and keeping my door in City Hall open. I have a long-time track record of working in the community,” Julian Davis said.

“I really care about poverty. Thank you for naming it; it needs to be spoken directly about,” said Andrew Resignato.

“Our kids can’t go outside and play,” said Mario Rogers, son of revolutionary ancestor Mary Helen Rogers, who worked tirelessly against the deep and wrong displacement of Afrikan peoples and Filipino peoples and Japanese peoples of the Fillmore thanks to the wrongology of San Francisco Re-Devil-opment agency moves in the 1960s and ‘70s.

In the end, the night was fast and furious; people were angry. Black children and elders are dying every week in this neighborhood. And voices were defiant and definitely heard. That’s not always an easy pill for candidates to swallow, but big love to all who came and stayed and listened. 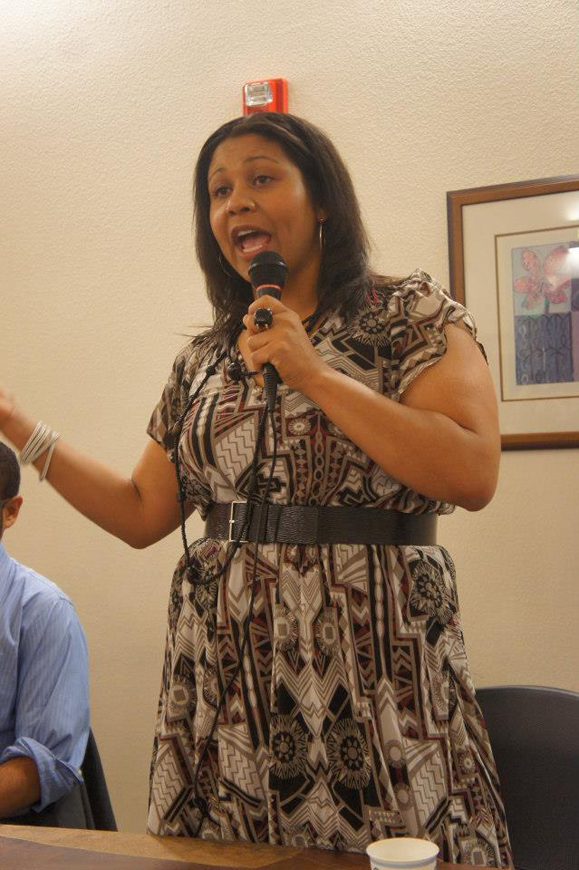 From our perspective at POOR Magazine, we believe that as poor, indigenous, landless peoples, we need to create our own self-determined futures. With our meager resources – ‘cause POOR is in fact po’ – we held this event to make sure that this silenced community is really truly listened to by whomever wins this District 5 election.

But real change will only come from the people moving together with our own backs to do the work we already know how to do: mamaz and daddies being supported to raise our children, feed our babies, teach the ways of respect and eldership and love. Listen to our ancestors. Which is why the POOR Magazine family will be facilitating a mamaz-grandmothers-grandfathers healing and community newsroom in the community.

“No one pays attention to this neighborhood,” Mrs. Hollins plaintively told the candidates. Her voice was clear, her mind was sorrow-filled, her body was ready to keep doing what she always does: fight and work and hope for the families, elders and young people of the Fillmore and Plaza East Housing. Ashe, Mama Hollins and all the powerful ancestors whose shoulders you are standing on.

Candidates, all of you, you have been put on notice. The work is just beginning.

For community members who are interested in being involved in mamaz circle, stay tuned to POOR Magazine and the Bay View.

From slavery to suicide

The Bay View stands by Julian Davis, our first choice for District 5 supervisor